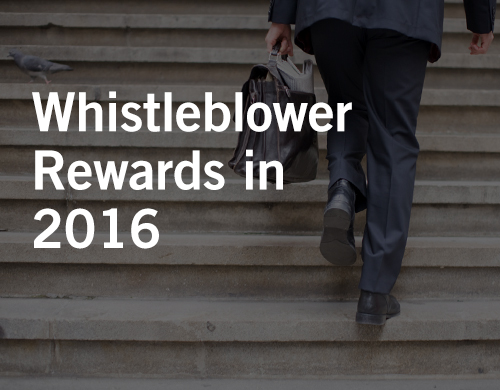 It is no surprise that government programs can be taken advantage of by people and companies who are supported by them. Sadly, this happens far too often – a well-respected company or person decides to take advantage of taxpayer money for their own benefit. Due to this, it is as important as ever for those who learn of these injustices to report what they know to the government so that qui tam whistleblower actions can take place.

The Department of Justice (DOJ) reports fiscal year 2016 as their third highest in recoveries in False Claims Act history with more than $4.7 billion in settlements due to successful qui tam whistleblower claims. Not unexpectedly, $2.5 billion of those settlements came from the healthcare industry (this only reflects federal losses). Some of those whistleblowers who reported the fraudulent behavior sought the advice of a qui tam law firm like Waters Kraus & Paul.

After the healthcare industry, the financial industry had the second highest number of false claims mostly due to the housing and mortgage fraud crisis. That said, no matter where the fraud is found, as long as it has to do with a federal program and/or contract, the government may aggressively investigate the lead.

Qui Tam Whistleblowers Are Important to the False Claims Act

A qui tam whistleblower action under the False Claims Act is the primary remedy to redress false claims for government funds and property under government programs and contracts. Often times, the government is able to pursue these claims because a whistleblower, also known as a relator, brings evidence of a possible false claim to the government. This goes to show just how important bringing honest and genuine tips can be to disciplining entities who commit fraud. It is not uncommon for an individual who believes they may have key information to seek the assistance of a qui tam law firm.

If a whistleblower brings attention to the fraud, the action will be filed under qui tam whistleblower provisions. Due to this, if the claim is successful the whistleblower may receive up to 30 percent of the recovery. Even more so, an individual who pursues a claim on their own after the government investigates and declines to proceed may receive an even larger reward, particularly with the assistance of a qui tam law firm.

Waters Kraus & Paul represents whistleblowers in False Claims Act lawsuits and other qui tam whistleblower claims. If you have knowledge of a company or individual purposefully submitting false claims to the government to unlawfully increase imbursements paid for with public funds, email us or call our qui tam lawyers at 800.226.9880. We can answer your questions and guide you through the reporting process.