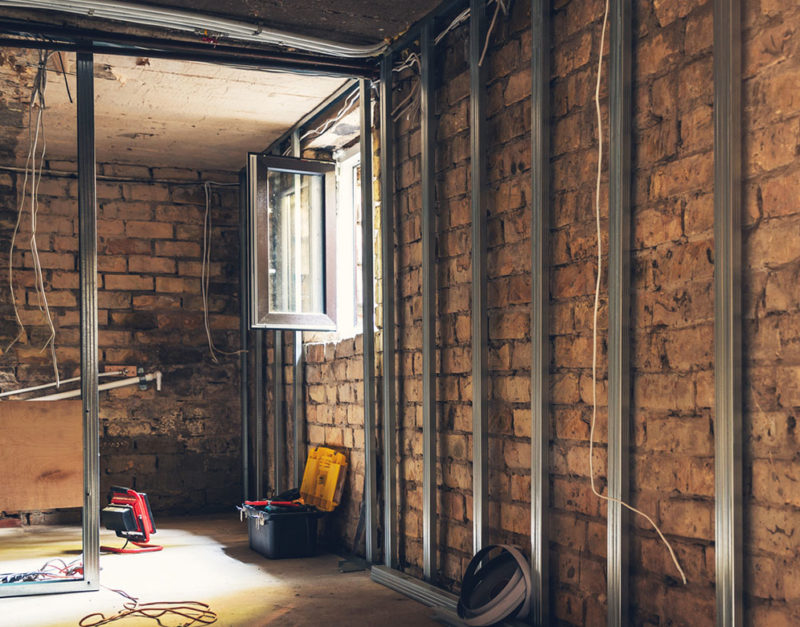 Repairs to a historic building in Louisiana have been stalled after construction crews discovered asbestos in the building’s walls and ceiling.

Built in 1912, the Central School Arts and Humanities Center in downtown Lake Charles operated as a school for several decades. In 1997, the building was refurbished and re-opened as a local arts center.

But Central School was forced to close in August 2020 after two hurricanes – including a Category 4 hurricane – caused extensive damage to the building. The city contracted a construction company to undertake repairs, however, this work was put on hold after a series of complications following the discovery of asbestos.

Why was repair work put on hold for asbestos?

The city had approved a budget for the interior work required to repair Central School after the two hurricanes. But that was before construction crews got to work and discovered asbestos. The additional cost of removing and disposing the asbestos exceeded the 10 percent change order limit on the project. This is when the situation became complicated, resulting in repair work being halted.

The situation at Central School highlights how old buildings may contain deadly asbestos, posing a health hazard to anyone living or working onsite. Unless a location is inspected for asbestos or — as in the case of Central School – construction work ends up revealing asbestos used in building materials, it typically remains hidden. Any building built before the 1970s may contain asbestos.

Asbestos is the name given to six minerals that occur naturally in the environment as bundles of fibers that can be separated into thin, durable threads for use in commercial and industrial applications. The fibers are resistant to heat, electricity, and corrosion. Because of these properties, asbestos was used in thousands of commercial products even as the dangers of asbestos were becoming known. Asbestos was widely used in construction as an effective insulator; it can be added to cloth, paper, cement, plastic, and other materials to make them stronger. Exposure to asbestos can happen in a person’s workplace, home, or within their community.

Asbestos may be found in the following products:

What are the dangers of asbestos?

When products containing asbestos are disturbed, tiny asbestos fibers are released into the air. If asbestos dust is inhaled or ingested, the fibers can become trapped in the lungs. Over time these trapped fibers can accumulate, causing inflammation and scarring, which can impact breathing and lead to serious health problems.

Symptoms associated with asbestos exposure include:

Asbestos has been classified as a known human carcinogen (a substance that causes cancer) by several bodies, including the U.S. Department of Health and Human Services (HHS), the U.S. Environmental Protection Agency (EPA), and the International Agency for Research on Cancer (IARC). According to the IARC, there is sufficient evidence linking asbestos exposure to mesothelioma (a relatively rare cancer of the thin membranes lining the chest and abdomen), and cancers of the lung, larynx, and ovaries. Most cases of mesothelioma are believed to be the result of asbestos exposure. Asbestos exposure is associated with other health risks too, including an increased risk of an inflammatory condition that affects the lungs and other nonmalignant lung and pleural disorders.