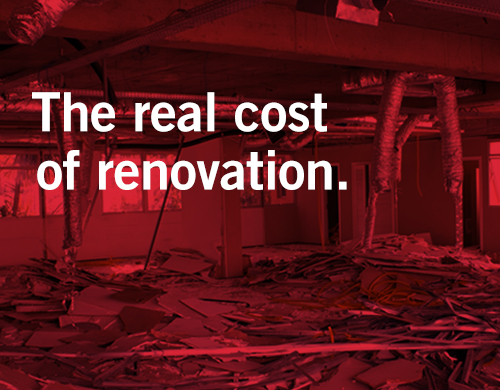 It may be widely thought that asbestos is a thing of the past, but the truth is that it is still very much a problem in the United States that continues to keep asbestos lawyers busy. Though the U.S. Federal government banned many of the common uses of asbestos in the 1970s, buildings built using materials that contain asbestos still remain standing today.

When asbestos is disturbed or removed it can become airborne and cause extreme health hazards. Anyone nearby or working around the material can easily inhale it and be at risk for developing mesothelioma, a fatal cancer that may take decades to show up creating a need for asbestos lawyers. To give a better idea of the removal process, asbestos workers wet down the products to contain the dust and wear hazmat suits and respirators to protect themselves.

It is imperative that asbestos is safely removed from commercial buildings. Unfortunately, it is very costly for building owners to properly remove the material while following federal, state, and local regulations. Building owners often opt to seal off the asbestos rather than remove it in order to save money, leaving it to be dealt with later, possibly down the line by asbestos lawyers.

What Does the Cost Mean for You?

Not only does the presence of asbestos cause health risks such as mesothelioma, commercial building owners are affected by the decreased value of a structure that still contains asbestos. In fact, it is reported that this is such a big deal to lenders, that commercial real-estate transactions often involve an environmental assessment to determine potential environmental issues with the building – which includes detecting asbestos.

Despite the variety of reasons for asbestos to be properly removed, building owners seem to be more interested in saving money than protecting the lives of guests and tenants of commercial buildings. Continued attention to the issue and education will hopefully change this mindset one day and ensure heightened safety for all.