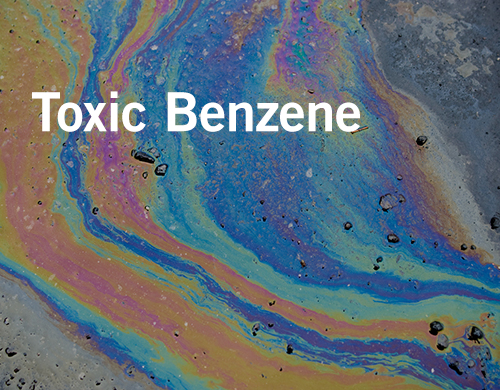 When benzene was discovered in a garage in the village of Roxana, Illinois something had to be done. This street department garage is located on a dangerous plume of benzene. At the time of the announcement in 2015, the garage was still housing government vehicles and supplies, increasing the frequency of risky benzene exposure. The plume is the result of a pipeline break at a nearby refinery.

The Port of Astoria  in Oregon is also dealing with a similar situation of a benzene plume contaminating a government building.

Benzene exposure can be dangerous because it can cause acute myeloid leukemia and other blood cancers. Benzene is a toxic chemical compound derived from petroleum and coal. In 1986, there was a pipeline break at the Wood River Refinery. Benzene escaped contaminating the groundwater. Thus, in 2012 a lawsuit was filed by the Village of Roxana alleging that the garage site contains 2,600 times the legal limit of benzene. Now the village is spending $1.5 million to escape the potential harm of the benzene exposure.

The World Health Organization has warned that benzene exposure causes a number of blood-related cancers, as well as aplastic anemia. This is especially alarming because gasoline contains benzene and Americans are gas guzzlers. According to the U.S. Energy Information Administration, Americans used 137 billion gallons of gasoline in 2014. Benzene exposure is not to be taken lightly and it can only be hoped that the Village of Roxana has acted fast enough to safeguard their residents.

The lawyers at Waters Kraus & Paul have been representing people who have been sickened by toxic exposures for more than twenty years. If you or a loved one has been exposed to benzene and diagnosed with acute myeloid leukemia, call our benzene attorneys at 800.226.9880. Learn more about how we can assist you with a benzene lawsuit.