Can Popular Weed Killer Be Blamed for Birth Defects? 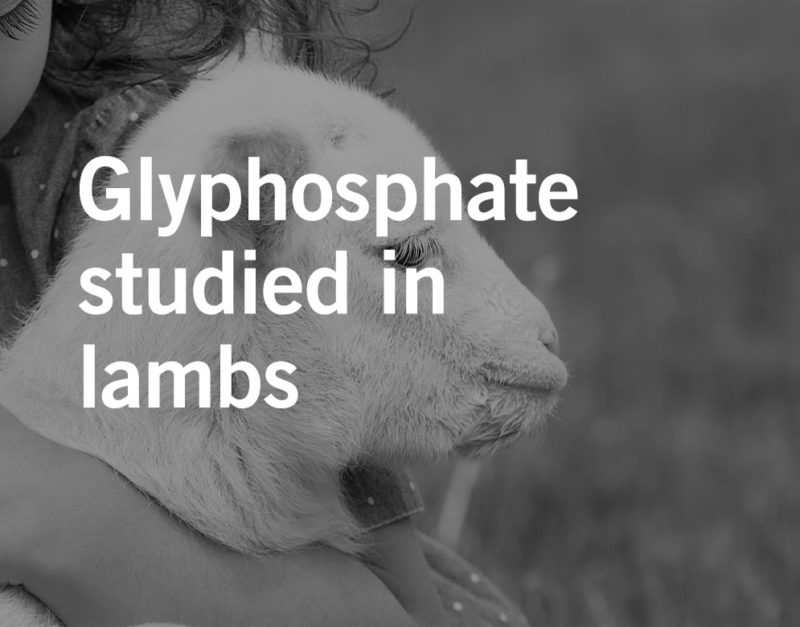 Exposure to the popular weed killer Roundup may cause not only cancer, but significant evidence exists linking the chemical to developmental and reproductive problems as well.

Glyphosate is the active ingredient in Monsanto’s Roundup and is the most widely used weed killer globally, and has been linked to certain cancers. The widespread use of glyphosate by not only farmworkers, landscapers, and groundskeepers but homeowners and public entities, as well, has raised concern over the potential impact on humans and the environment. The chemical is now commonly found in food and water — as well as in human urine.

Additionally, new animal studies released this past summer show that concerns about glyphosate’s impact on fertility appear to be valid.

Was your child born with birth defects after exposure to pesticides?
Speak with our experienced lawyers.

In a paper published in Molecular and Cellular Endocrinology, four Argentinian researchers cited multiple studies that they said contradict claims by the Environmental Protection Agency (EPA) that glyphosate is safe. The scientists also cited new evidence showing that low-dose exposure can alter the development of the female reproductive tract with consequences on fertility. The scientists concluded that glyphosate and glyphosate-based herbicides are endocrine disruptors.

Endocrine-disrupting chemicals may mimic or interfere with the body’s hormones and may cause developmental and reproductive problems as well as brain and immune system dysfunction. Here are findings from the studies:

The new research is emerging just as Bayer AG, Monsanto’s parent company, is attempting to settle more than 100,000 legal claims in the United States. In these cases, people are claiming Roundup and other glyphosate-based products caused them to develop non-Hodgkin lymphoma. The suits also claim that Monsanto has long tried to hide the risks of its herbicides.

A California appeals court ruled in July that there was “abundant” evidence that glyphosate, along with the other ingredients in Roundup products, caused cancer.

Unfortunately, farmworkers are especially at risk of herbicide and pesticide exposure when employed on commercial farms. Frequently, farm owners and labor contractors will fail to warn or protect workers from exposure to these harmful chemicals.

Dangerous chemicals that are known to cause birth defects are used in many workplaces, including in the agricultural industry on farms and at nurseries. Birth defects can occur when chemicals are inhaled, ingested, or absorbed through the skin by either the father or mother, especially during pregnancy.

Parents with damaged reproductive body parts may not be able to have healthy babies, and those with afflicted chromosomes may pass on the damage to their unborn children in the form of birth defects or reproductive injuries. Common birth defects caused by toxic chemicals include brain damage, spina bifida, muscular dystrophy, and developmental delays, to name a few.

Our law firm, along with co-counsel, filed the first lawsuits in 2012 against Monsanto in Delaware, alleging birth defects in 127 children whose parents used and were exposed to Roundup and other pesticides used to grow tobacco in Argentina. This extensive and first of its kind litigation has put us at the forefront of legally establishing liability for Roundup causing birth defects.

Seek justice with the help of our experienced birth defects lawyers. Our pesticide law firm has battled corporate giants on behalf of individuals like you for 20 years, aggressively fighting to hold them responsible for dangerous chemicals like pesticides, and the birth defects and personal injuries they cause. If you have a child with birth defects caused by exposure to pesticides, we can help.