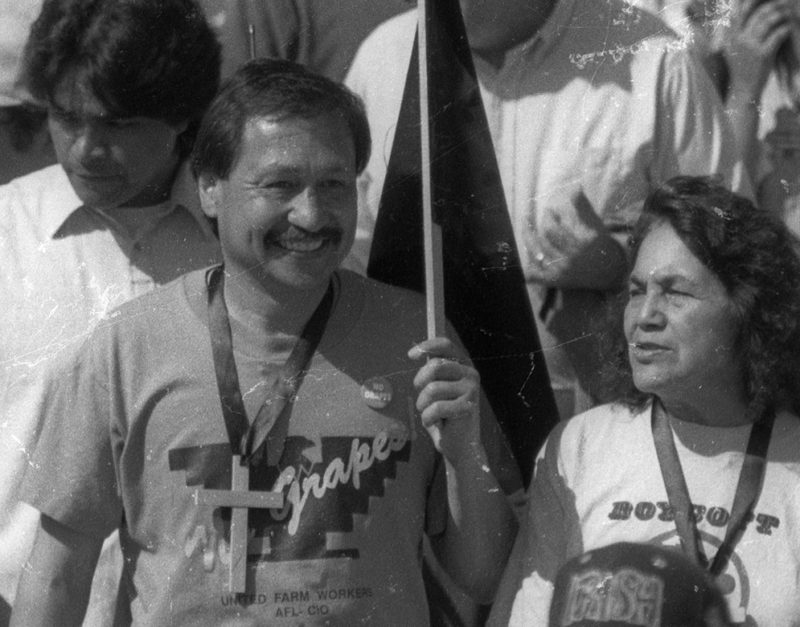 The impact farmworkers have on the American economy, and more importantly, the health of the American people, has never been more relevant than it is today. By enduring strenuous labor, farm workers guarantee that goods end up on our tables. It is essential work that has often been overlooked in the area of food production and consumption.

In 1965, César Chávez, an Arizona native committed to passive resistance, led a national boycott known as the Delano grape strike, against California’s grape growers and their products. Through a unionized movement, César Chávez and his fellow farmworkers recognized that the indifference from growers regarding poor working conditions for agricultural workers was not going to change without loud peaceful protest.

Motivated by the non-violent teachings of individuals like Gandhi and Martin Luther King Jr., César Chávez, and the United Farm Workers (UFW), strongly opposed the unsustainable circumstances to which farmworkers around the country are subjected. Early on, the movement’s demand for better wages was successful, and slowly but surely, farmworkers were given the right to unionize. While this did help alleviate the financial hardships so many laboring families faced, it did not halt the use of pesticides on fields.

For years, César Chávez and the UFW shed light on the continued plight of farmworkers. However, in 1986, Chavez prioritized the issue of exposure of agricultural workers and their families to toxic chemicals. His “Wrath of Grapes” speech fiercely addressed the various health hazards brought onto farmworkers, including birth defects caused by exposure of the mother to pesticides.

Seek justice with the help of our experienced lawyers. Our Dallas, Texas pesticide law firm has battled corporate giants on behalf of individuals like you for 20 years, aggressively fighting to hold them responsible for dangerous chemicals and the birth defects and personal injuries they cause. If you have a child with birth defects caused by dangerous products, we can help.