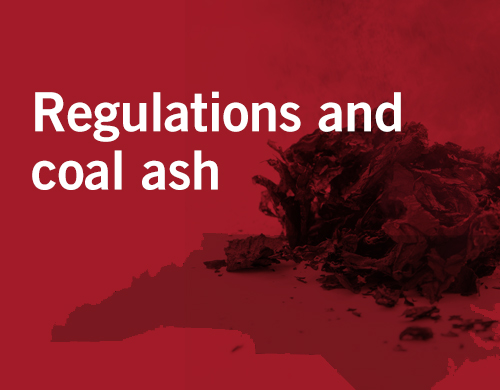 Coal plants and industrial plants are a known facet of the U.S. economy, so it is important to be aware of the risks posed by certain activities. One big example of this is coal-fueled power plants which create coal ash, a byproduct containing several toxins known to cause childhood birth defects and cancer.

With a product as potentially dangerous as coal ash, most would expect it to be closely watched and regulated to prevent any harmful consequences. Yet at this time, coal ash dumping sites are exempt from regulations that haven’t been updated since 1972.

This is alarming because power plants are freely dumping toxic coal ash into storage ponds (“impoundments”) and many of these sites are unlined. Unregulated coal ash dumping allows for lead, arsenic, and hexavalent chromium to potentially contaminate the wells that supply drinking water to residents nearby. This heavy metal contaminated drinking water then has the potential of leading to childhood birth defects and cancer.

North Carolina Tries to Fight Back

In 2014 North Carolina saw just how dangerous mishandled coal ash can be when the Dan River coal ash spill occurred. Since then, state legislators began working to address the problem and enacted the Coal Ash Management Act. This Act outlawed the creation of new coal ash impoundments and set up a commission charged with closing existing sites.

While the Act was an important step, the power plants are able to just cover a coal ash dump site and leave it alone in order to “close” it. This type of “closure” does not eliminate the risk of the toxins already present in the unlined ground from leaking into the water supply. Plus, budget cuts reportedly have left the North Carolina environmental agency with insufficient staff to ensure that the law is followed.

Officials have been testing the wells in North Carolina that are near the coal ash impoundments and the results have not been pretty. Ninety percent failed to meet state water quality standards for hexavalent chromium, lead, and vanadium. It was also found that of the wells that did pass, they were tested with protocols that were unable to detect toxins at the levels set by North Carolina’s rules. Clearly, coal ash is a risk factor for childhood birth defects and cancer that should not be ignored for any longer.