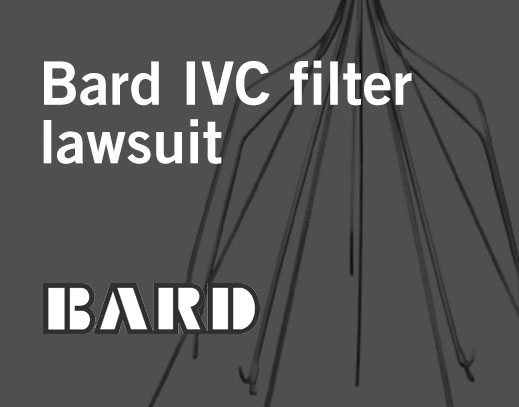 A discovery schedule has been proposed in the roughly 100 IVC Filter lawsuits pending in a federal MDL in Arizona before U.S. District Judge David G. Campbell. The medical device lawsuits include claims based on injuries caused by the Bard Recovery, G2, and G2 Express retrievable filters. The discovery schedule would apply to the earliest cases filed in the MDL. Those cases might see a trial date as soon as early 2017.

The defective design of Bard’s inferior vena cava (IVC) filters allows the medical device to move out of position and pierce the vein into which they are inserted. In other cases, the defective Bard filters fracture, allowing metal particles to migrate to the heart or lungs. Hundreds of people have been injured by the Bard IVC filters.

In January 2016, both sides in the MDL reportedly suggested that Judge Campbell should institute two separate discovery tracks. One track would include cases that have been pending for some time in which much discovery has already been done. Discovery would close in July 2016, with the exception of supplemental expert reports and other discovery involving experts. That discovery would close in November 2016. The cases would be ready to begin trial in early 2017.

The second discovery track would be for newer and future cases. Both sides would have to complete general discovery in October 2016. Discovery involving expert witnesses would not begin until 2017.

Waters Kraus & Paul is a national plaintiffs’ law firm devoted to helping families in personal injury and wrongful death cases involving defective medical devices, including metal-on-metal hip implants, transvaginal mesh and IVC filters. If you have suffered injuries or the death of a loved one associated with defective medical devices, we can help. Contact us by email or call us at 800.226.9880 to speak with one of our attorneys, like Sara Coopwood in the firm’s Texas office, and learn more about how we can assist you with a defective medical device lawsuit or claim.