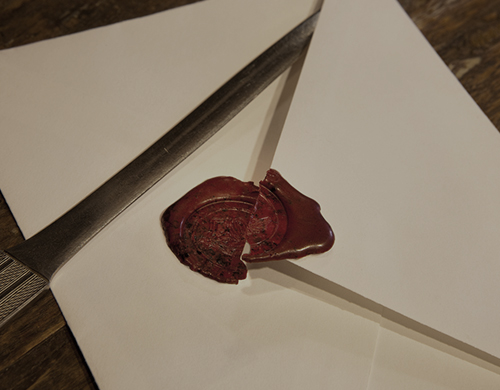 When a person learns of possible fraud going on within the company they work for (or otherwise), it is imperative that they take action to pursue justice. Thanks to the False Claims Act, there is an easy route an individual may take, often with the help of a qui tam attorney – but there are a few rules. After evidence supporting a possible claim is brought to the government the whistleblower individual must not speak of his or her claim as it must remain under seal until the government completes its investigation.

Finally, the Supreme Court has ruled and officially determined that dismissal is not statutorily required due to a breach of the seal. The court reasoned, agreeing with the 5th Circuit, that the statute does not explicitly require a dismissal if the seal requirement is violated.

So, What Happens Now if a False Claims Act Seal is Breached?

The result of this is not then that it is okay for the seal requirement to be violated, the Supreme Court only settled that the dismissal is not mandatory. From this point it will be up to the appropriate district court to decide if the whistleblower claim should be dismissed when a violation occurs. Part of the motivation behind the seal requirement is to discourage individuals from trying to cause an early settlement for his or her own benefit to be gained from the would-be defendants. Since the district court will maintain the power to dismiss, the details of a seal violation are likely to be heavily scrutinized. The responsibility of qui tam attorneys in keeping a whistleblower claim sealed is also important if they too are involved.

The success of the False Claim Act still greatly depends on honest and genuine whistleblowers who seek to make a wrong situation right through legal action with knowledge they have acquired. In fact, seal requirement is even to the advantage of the individual reporting the possible fraud since he or she will be rewarded if the whistleblower claim is successful. An individual stands to gain if he or she is part of a successful whistleblower case carried by the government. A whistleblower may receive an even greater monetary award if he or she pursues the claim on his or her own, usually with the assistance of a qui tam attorney, if government passes.

Waters Kraus & Paul represents whistleblowers who uncover fraud against the government and individuals reporting False Claims Act violations. If you have knowledge of a company or individual who is defrauding the government, email us or call our qui tam attorneys at 800.226.9880 to learn how we can work together to notify the government of fraud and abuse.