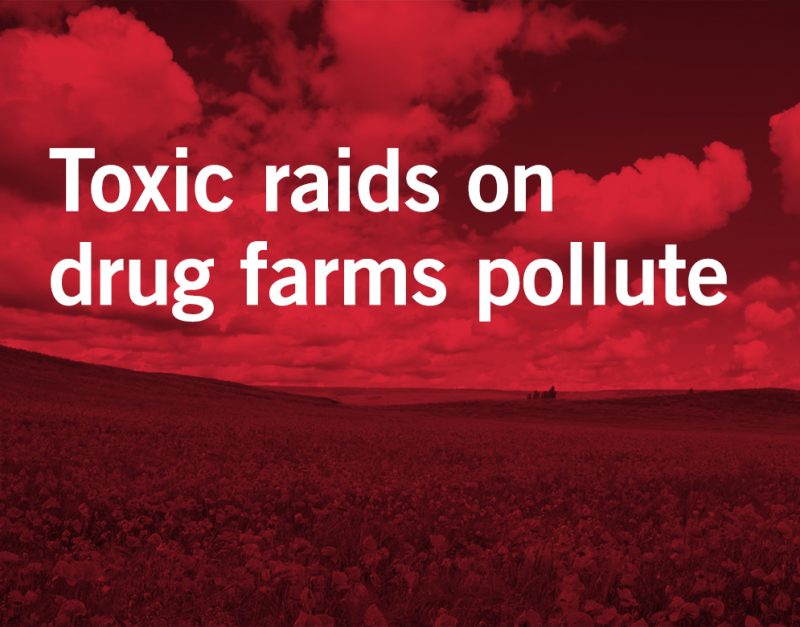 A federal judge in Washington D.C. determined that rulings against 20 plaintiffs in lawsuits against DynCorp over an anti-drug herbicide operation in Colombia did not apply to the roughly 2,000-strong class allegedly exposed to the substance. The allegations from the class members were factually specific to each class member, which meant that the rulings against the 20 plaintiffs had little to do with the rest of the class.

The original lawsuit was filed on September 11, 2001, and alleged that DynCorp exposed individuals to the toxic herbicide Roundup, which was sprayed on suspected drug farms in Colombia. The United States and Colombia engaged in a multibillion-dollar cooperative program to eradicate cocaine and opium poppies using Roundup, one of many chemicals that causes birth defects. The program continues to this day. Unfortunately for the 2,000 class members, this program has severely impacted their lives. The herbicide polluted the local water, and injured livestock, vegetation, and families. Now, they have suffered immense damage and hope that their lawsuit can begin to make them somewhat whole again. Luckily, due to this ruling, their lawsuit can continue.

DynCorp has shown a pattern of fraudulent behavior. Just last year, a suit alleged that DynCorp knowingly inflated costs during a four-year stretch when the company held a contract with the United States state department for training Iraqi police. The company allegedly inflated subcontractor rates. Also their fees and mark-ups were allegedly false and fraudulent. This is just another example of how some corporations put their profits first and all other considerations a distant second. To the birth defect attorneys at Waters Kraus & Paul, it is no surprise that they are once again in trouble for allegedly poisoning farmworkers in Colombia.

This also isn’t the first time that Monsanto, the producer of Roundup, has been in the news for their dangerous product. Roundup contains the most popular herbicide in the world, glyphosate. Monsanto manufactures seeds that are resistant to glyphosate which allows farming operations to spray Roundup on their crops virtually at will. While the crops may be safe from Roundup, people are not. Glyphosate has been deemed a likely carcinogen by the World Health Organization’s International Agency for Research on Cancer. Animal studies in the U.S. have linked it to birth defects and reproductive problems, while other studies have found that glyphosate harms cell DNA in human embryos, the placenta and the umbilical cord. Thus, glyphosate is one of many chemicals which may cause birth defects. These substances can also cause infertility. The birth defect attorneys at Waters Kraus & Paul have seen many cases of defects caused by substances like Roundup.

Roundup use in the United States is widespread but there is a responsibility on the part of commercial farmers to protect their workers and surrounding communities from the hazards of their pesticides and herbicides. Similarly, DynCorp must be held accountable for the injuries that they have caused to the farmers in Colombia.

If you are a farmworker who has been exposed to chemicals which may cause birth defects and you are raising a child who may have been affected by your exposure, contact us. The birth defect attorneys at Waters Kraus & Paul are committed to representing individuals who have been sickened by toxic exposures and holding corporations responsible.