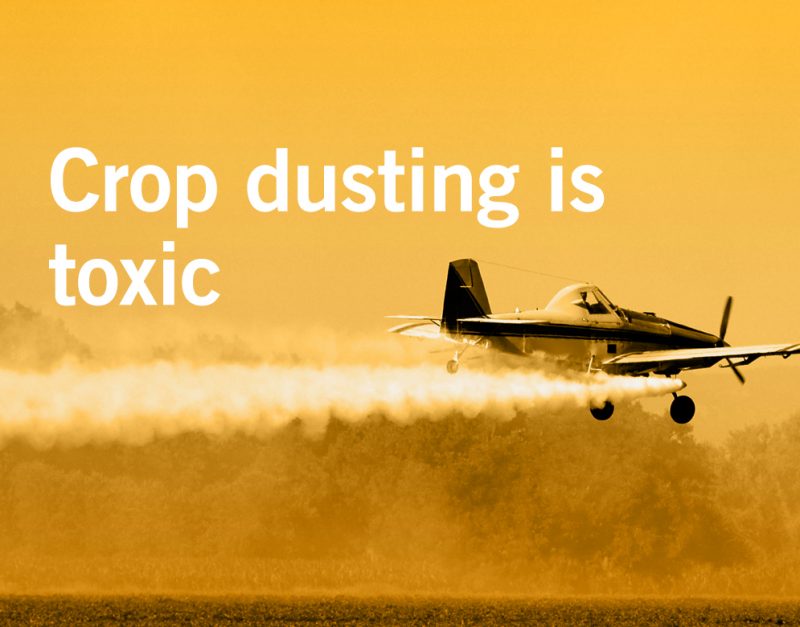 Once again, a case involving the toxic herbicide Roundup containing the chemical glyphosate is in the courts. This time a roughly 2000-strong class action suit against DynCorp, is claiming the drift and runoff from spraying fields poisoned farmers and communities in Ecuador. Plan Colombia, created by the U.S. and Colombian governments, contracted DynCorp to spray cocaine and opium crops in Columbia in an attempt to combat drug trafficking and organized crime. But in the process of plane spraying drug-producing farms with toxins, the people in the bordering Ecuadorian lands claim the chemical polluted the water and injured livestock, vegetation, and families.

The defense contractor argues they shouldn’t be held liable for the loose and liberal spraying by pilots because they were employed by subcontractors. So the argument, started in 2001 and soon to be decided by federal courts, is about who should be at fault for sloppy spraying. The lawyer for the people, from International Rights Advocate, claims there is proof DynCorp was “clearly, literally running the program all this time.”

No One is Denying People Were Poisoned

While this case is battling who takes responsibility for communities being harmed by the sprayed toxic chemicals, the bigger thing to take note is how many people were hurt by the herbicide. The toxin is widely used on U.S. commercial farms despite the fact that the World Health Organization links glyphosate to birth defects and reproductive problems. Villagers in the Ecuadorian farming community believe DynCorp should be held accountable. Shouldn’t farm owners in this country be held responsible for harm to farmworkers exposed to toxic herbicides, too?

Have You Been Exposed to Herbicides?

If you are a farmworker who has been exposed to chemicals which may cause birth defects and you are raising a child who may have been affected by your exposure, contact us at 800-226-9880. The birth defect attorneys at Waters Kraus & Paul are committed to representing individuals who have been sickened by toxic exposures and holding corporations responsible.