Fracking: A Contributor to Climate Change and Birth Defects 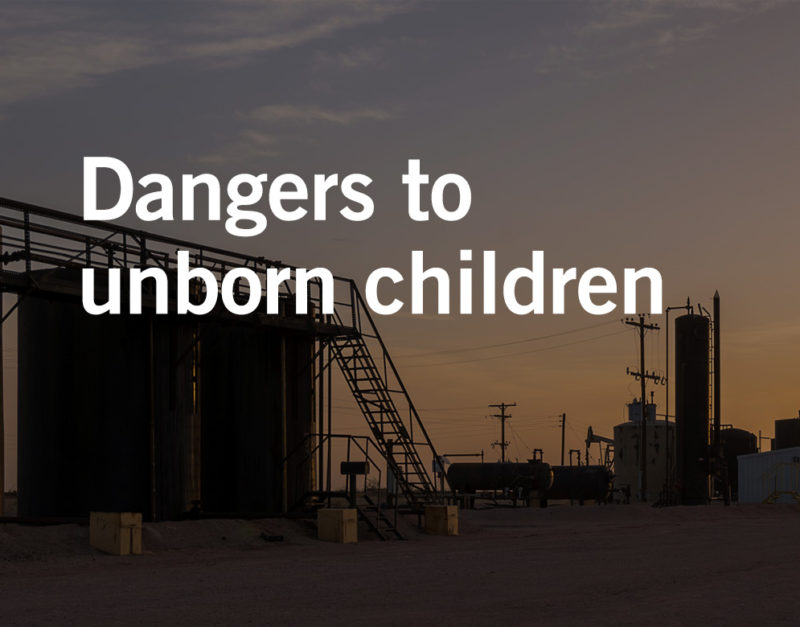 Many consider climate change the defining issue of our time. With each passing year, scientists uncover new findings that confirm the alarming impacts of climate change on human health – one of which is birth defects caused by environmental factors.

According to a recent study in the Journal of the American Heart Association, as climate change increases average temperatures in many areas, more infants are likely to be born with congenital heart defects (CHDs) in the next 20 years. Research suggests that the risk of an infant being born with a CHD increases if a pregnant mother is exposed to extreme heat in the early weeks of her pregnancy. The study’s authors note, “maternal heat exposure during early pregnancy may directly cause fetal cell death…and induce severe fetal malformations. As global temperatures continue to rise, more intense, frequent and longer-lasting heat events are expected.”

Despite the widespread effects of climate change taking a toll on the most vulnerable of us, contributive practices to the crisis, like fracking, continue to take place near communities, exposing families to toxic fumes.

Rapid Rise in Fracking Across the U.S. Has Led to An Increase in Environmental Pollution

Hydraulic fracturing, commonly known as fracking, is a drilling technique designed to extract natural oil and gas from fractured shale rock. While advocates believe the extraction method to be a more economical way of reaching oil and gas, the increase of fracking across the U.S. has been linked to high concentrations of toxic chemicals that contaminate water supplies and intensify air pollution.

Not only have researchers found that fracking is a major contributor to climate change, but it is also strongly related to increased mortality in babies.

In one study that analyzed the effects of fracking on public health, researchers found that chemicals and heavy metals released during shale extraction pose a severe threat to developing fetuses. With over 15 million Americans currently living within one mile of an active oil or gas well where fracking takes place, pregnant women are bound to be exposed to toxic elements through skin absorption, contaminated drinking water, or inhalation.

Serious reproductive health and developmental effects from exposure to harmful fumes may arise in the form of infertility, miscarriage, or birth defects. The same study shows pregnant women living within a 10-mile radius of fracking wells are at risk of having their baby develop:

All the findings presented illustrate the environmental and public health consequences fracking yields. By accelerating climate change, and in turn, increasing global temperatures, fracking has made way for additional congenital heart defects on top of the birth defects already caused through its process of releasing toxic fumes.

How We Help Victims of Fracking and Chemical Exposures

Seek justice with the help of our experienced birth defect lawyers. Our Dallas, Texas, law firm has battled corporate giants on behalf of individuals like you for 20 years, aggressively fighting to hold them responsible for dangerous chemicals and the birth defects and personal injuries they cause. If you have a child with birth defects caused by fracking and dangerous chemicals, we can help.