The Great Smog of London: When Weather and Toxic Chemicals Collide 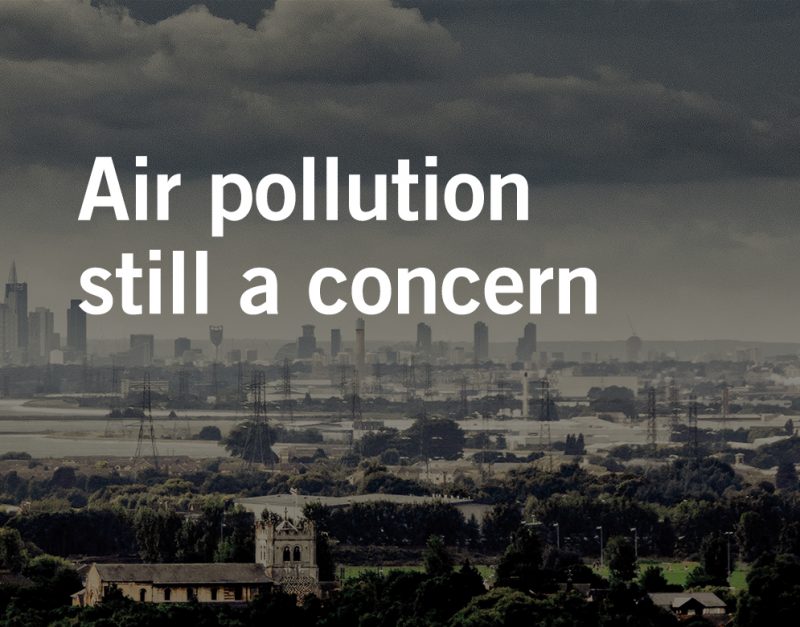 Five days of smog crippled a city and sparked the need for change in industrial practices and clean air laws.

It began on December 5, 1952. What started as a typical, cold London day with a thick layer of fog surrounding the city’s national treasures did not last long. The fog began to turn yellowish brown as it mixed with thousands of tons of soot pumped into the air from factory smokestacks, chimneys, and cars. Smoke from the newly operating diesel-fueled buses meant to replace the city’s electric trams also added to the mix, creating the Great Smog of London.

The thick, dense fog, known as a “pea souper,” resulted from a high-pressure weather system that stalled over southern England causing a temperature inversion. The inversion combined with a lack of wind prevented the sulfurous coal smoke from rising, quickly becoming poisonous to the city.

The toxic cloud blanketing the city threatened lives and obscured visibility, hindering all transportation, except the London Underground train system. From walking to driving to boating and flying, the smog paralyzed the city. The smog was lethal for the city’s most vulnerable populations: the elderly, young children, and those with respiratory problems.

Aftermath of the Great Smog

Initial reports estimated 4,000 premature deaths immediately after the smog. What people did not anticipate was that that the effects of the smog would linger and that death rates would remain above normal through the summer of 1953. The experts’ final count estimated between 8,000 and 12,000 lives were lost to the Great Smog.

After five days of the Great Smog, a west wind finally pushed the toxic cloud out to the North Sea. The aftermath saw a wave of action from the British government with Parliament passing the Clean Air Act of 1956. The policy stopped the burning of coal in urban areas giving local councils the power to set up smoke-free zones.

Changes like the U.K.’s Clean Air Act often take time, never occurring overnight, and this was no exception. Implementation of the Act took several years — during that time, London continued to experience deadly smog leading to the needless deaths of 750 more people.

Governmental regulation and responsible corporate behavior are both critical to safeguarding air quality. Today, many corporations push for weaker regulations while air pollution remains an ongoing issue across the globe. Cities and countries continue to wrestle with how to protect their citizens from dangers in the air via effective policy in the face of powerful corporate lobbyists. Although we may not have much control of the weather, companies do have the power to control the toxic substances they emit into the air and the effort they put into protecting the public from these chemicals.