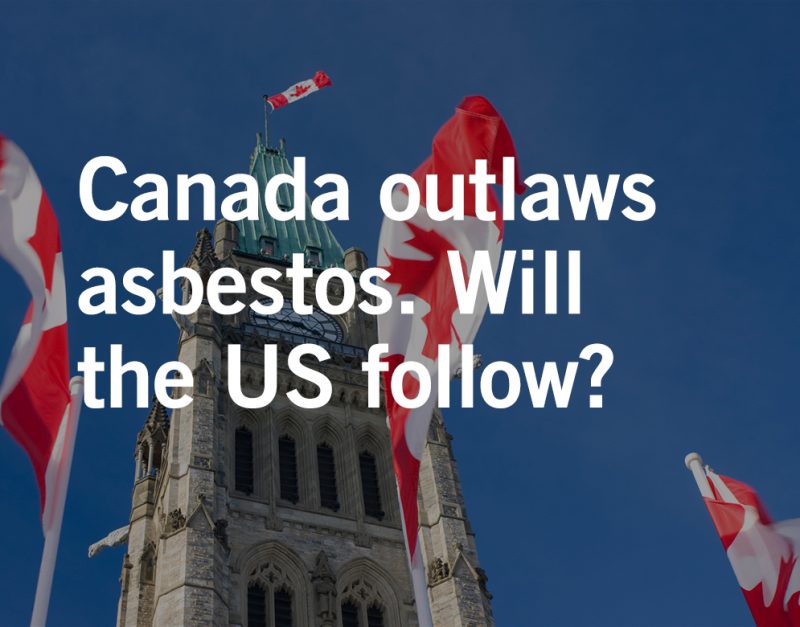 A Canadian journalist’s visual investigation into the lives of asbestos exposure victims drove the families to share their stories and successfully lobby for a federal ban on asbestos products in Canada.

Conversation isn’t enough anymore. Victims of asbestos exposure and mesothelioma need to be seen. Louie Palu, a Canadian photojournalist, uncovers the reality of the disease in his art book, A Field Guide to Asbestos, through his black and white photos of victims of mesothelioma.

A Visual Guide to the Impact of Asbestos Exposure

Palu’s book dives into the life of Sarnia millwright Blayne Kinart and his family. Kinart allowed Palu to expose the reality of his disease to start a conversation about an injustice that shouldn’t be tolerated.

Kinart left behind a widow, Sandy Kinart, who is a member of Victims of Chemical Valley. This group formed to demand change in Canada, pushing for a ban on asbestos and better medical care for those fighting mesothelioma. A new law was passed that prohibits products containing asbestos from being imported, sold, or used in Canada.

The book serves as a voice for victims and encouragement for their family members to speak up about the impact of this disease.

Palu conducted a 15-year investigation into victims of asbestos exposure, resulting in the collection of photos in his book including asbestos disease victims, asbestos mines, homes made from broken asbestos roof tiles, and New York City’s ground zero. It also contains an essay by the author and information about asbestos diseases from the Center for Disease Control.

Kinart was not the only victim of asbestos exposure in Sarnia. The frequency of mesothelioma in men in the area was approximately five times the Ontario average between the years 2000 and 2009.

The first 250 copies of the book sold out before the publisher even officially announced its launch and a second printing of Palu’s book is already scheduled.

Asbestos is a fibrous material most commonly used in insulating products and many industrial and construction products. Asbestos fibers produce a fine dust that can form deposits in the lungs when inhaled, leading to serious and deadly diseases. Exposure to these fibers can be firsthand or secondhand, for instance, in a family member of someone who carries asbestos fibers home on their work clothes. It can cause mesothelioma, lung cancer, and asbestosis.

Mesothelioma is terminal, aggressive, and typically affects men more often than women. The average age of a mesothelioma victim is 50 to 70 years. Asbestosis is another diseased caused by inhaling the dust from asbestos fibers. It produces inflammation and scarring of the lung and can be an early symptom of asbestos-related cancer, such as mesothelioma. A long period of time may elapse between exposure to asbestos and signs or symptoms of mesothelioma or asbestos-related diseases, causing late diagnosis for the victims.

Unlike many other countries, the United States has no asbestos ban, and many tons of the materials are imported into the country every year.

Seek justice with the help of our experienced asbestos attorneys. Our asbestos law firm has represented individuals like you affected by asbestos exposure for over 20 years, aggressively fighting the corporate giants responsible for their dangerous products. If you or a loved one were exposed to asbestos or suffer from a disease caused by asbestos, like mesothelioma, we can help.