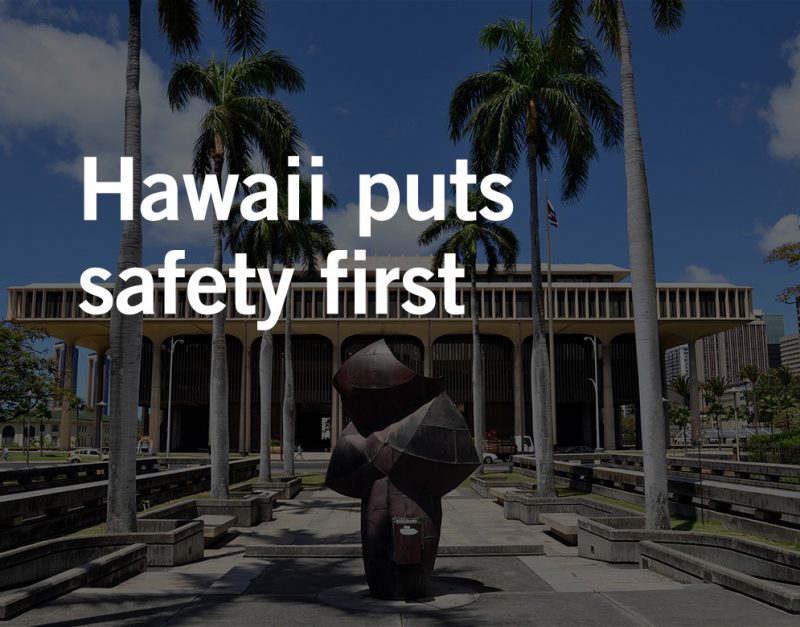 Chlorpyrifos causes brain damage in developing fetuses, but this state took a bold stance against it.

On June 13, 2018, Hawaiian governor, David Ige, signed new legislation that phases out the use of chlorpyrifos and increases regulation on other restricted use pesticides. Chlorpyrifos is known to cause brain damage in developing fetuses and children. There is no safe level of exposure for children.

See the original article below.

If signed by Gov. Ige, the new law will take effect in July 2018 with a complete ban on chlorpyrifos by January 2019.

In a sweeping action, the Hawaii state legislature moved to completely ban all pesticides that contain a chemical known to cause birth defects. Currently awaiting signature by Governor David Ige, the bill also creates usage, reporting, and location requirements for agricultural businesses that utilize 35 or more pounds or gallons of restricted-use pesticides in a year. The bill includes the following proposals:

The Dangers in Chlorpyrifos

Chlorpyrifos is a chemical component of pesticides that is widely used in commercial farming because it is cheap to make. Pesticides that contain neurotoxins such as chlorpyrifos are known to cause birth defects in unborn children when their parents are exposed. As such, hundreds of Hawaiian residents wrote to the state House to voice their support for the bill in a form letter stating, “we need mandatory disclosure and notification, along with pilot programs for buffer zones and drift studies around schools,” according to a report by the Hawaii Tribune-Herald.

The letter signed by residents states that “additional studies on pesticide drift are meaningless without knowledge of what pesticides were and are being applied.” This only goes to amplify the importance of full disclosure regarding the pesticides sprayed. When the wind blows these toxic pesticides, people nearby are in danger of direct exposure.  Furthermore, the American Academy of Pediatrics states that there is evidence of an association between early exposure to pesticides and a number of adverse effects, including cancers, as well as decreased cognitive function and birth defects.

As of May 3, the Senate and the House both passed SB 3095 and it has been enrolled to Hawaii’s Governor David Ige for signature. If signed into law, it will go into effect on January 1, 2019, making Hawaii the first state in the country to ban chlorpyrifos.

Commercial farm workers and families living near large-scale growing operations are highly vulnerable to toxic chemical exposures and the effects of pesticides. Waters Kraus & Paul, a mid-sized plaintiffs’ law firm, fights for the justice that families suffering from pesticide exposure deserve.  Our birth defect attorneys work with clients to gather the necessary information to build their case. We consult with medical and industry experts to make certain that your case is rock solid. Our birth defect lawyers have years of experience aggressively representing our clients. This experience ensures that those who negligently allowed our clients to be injured are held responsible. If you worked on a farm or lived near a commercial farm and you are now raising a child born with birth defects, email or call 800.226.9880 to see how Waters Kraus & Paul can help you with your birth defects lawsuit.