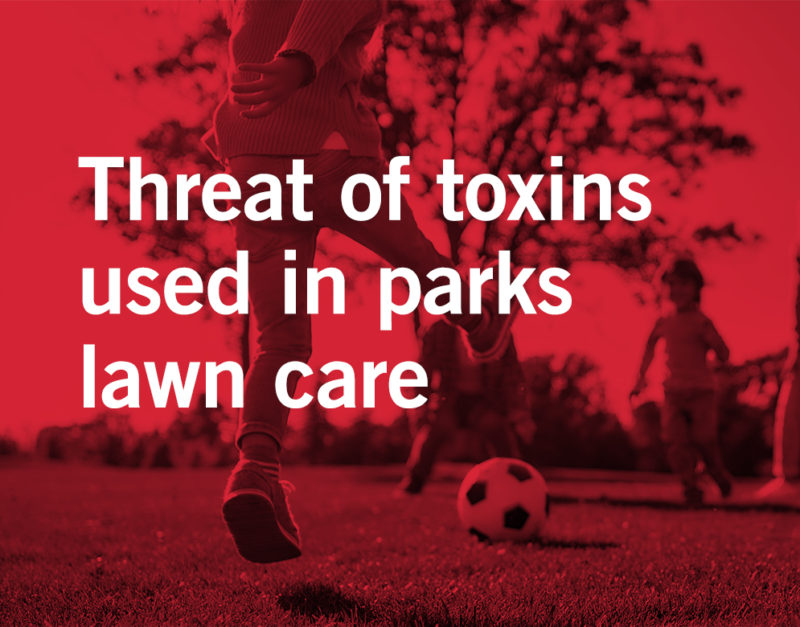 When in the presence of dangerous pesticides, a typical sign of something amiss is the smell – the foul stench of sulfurous chemicals. However, that stench is usually brushed off as nothing but routine being carried out in public spaces. But amid a pandemic, protecting people’s health has become a priority. Residents around the country have brought forth complaints against major county agencies and local governments for knowingly exposing vulnerable populations to the harmful effects of pesticides.

In 2015, The Maryland Court of Special Appeals restricted the use of harmful pesticides on lawns in Montgomery County. Despite the ruling, Montgomery Parks testified against the pesticide bill during the legislative process – successfully weakening the section that applies specifically to parks. Although the agency has transitioned 45 parks to pesticide-free, nearly 380 county parks can continue using pesticides in routine management. Glyphosate-based pesticides and other toxic weed killers are still applied in Maryland parks where families, especially children, regularly convene.

The same issues are true in the Midwest, where investigative reporting has uncovered vast amounts of pesticide drifts in five locations in central Illinois. For one year, the Midwest Center for Investigative Reporting periodically sampled for pesticide contamination near schools, parks, and homes using air sensors. In the end, seven pesticides were found, including glyphosate – an active ingredient in Monsanto’s Roundup. These chemicals have been linked to cancer, endocrine issues, internal inflammation, potential birth defects, and numerous other health problems. While some states, like Maryland, have laws partially regulating pesticide application near parks and schools, states in the Midwest do not have laws about pesticide spraying near such sensitive areas.

Since the Midwest Center’s air sensors could not measure the concentration of pesticide detected, “the immediate health impacts are not clear,” according to Sharron LaFollette, a professor at the University of Illinois at Springfield and former Illinois toxicologist. But no matter the toxin dose, human health deteriorates when exposed to pesticides, experts confirm. Children are particularly susceptible to pesticide exposure due to their increased respiration and more intimate contact with the soil, especially in parks.

How the U.S. Allows More Dangerous Pesticide Use

Since the introduction of genetically modified crops in the 1990s, farms have dramatically increased and normalized their pesticide usage. To a retired biologist like Lou Nelms, the sensors’ results are just what he expected since agriculture in the U.S. is “almost totally dependent on chemical weed control.” While the U.S. Environmental Protection Agency (EPA) requires that pesticides undergo testing for potential impact on human health and the environment before being registered for sale, it often takes decades for pesticides known to cause health issues to be taken off the market. In the case of Monsanto’s Roundup – a product linked to non-Hodgkin’s Lymphoma – the pesticide is still for sale.