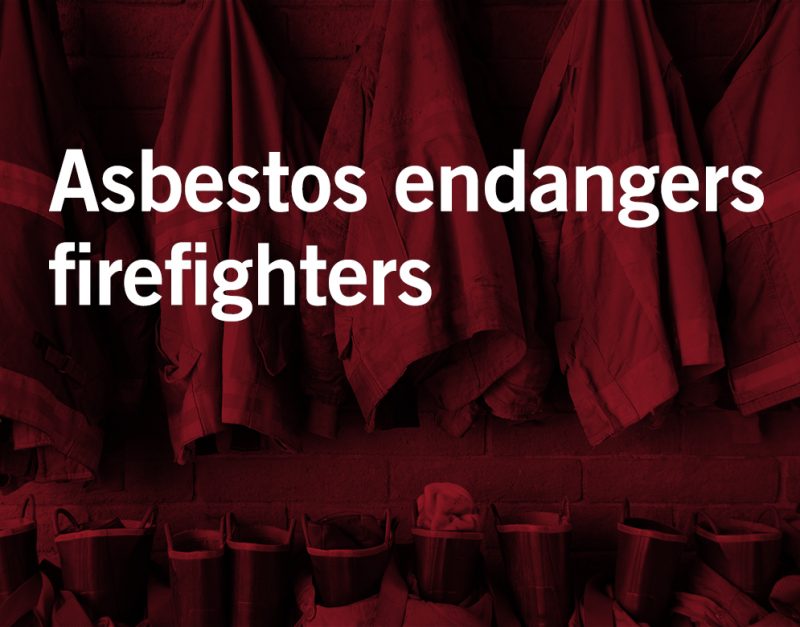 Two and a half months later, the Honolulu Fire Department (HFD) is being fined over asbestos exposure concerns from the fire that tore through the Marco Polo high rise in Moiliili, Oahu.

According to the citation, “Only one company bagged their turn-out gear and equipment at the scene, and the rest of the companies did not do so until they returned to their stations. Some fire fighters did not bag their contaminated turn-out gear until the end of their shift i.e. next morning. As a result, the fire trucks and/or the fire stations may be contaminated with asbestos and/or other hazardous materials.”

Asbestos was commonly used as a fire retardant and insulation material in older buildings. The problem with asbestos is that its fibers produce fine dust that, when inhaled, form deposits in the lungs that can cause serious and deadly illnesses such as pleural mesothelioma and lung cancer. Both firsthand and second-hand exposure to asbestos can put an individual at risk.

People often at risk for developing asbestos-related illnesses are workers whose jobs directly expose them to asbestos fibers. Illness may not occur until many years after exposure to asbestos– yet even a minimal exposure can result in mesothelioma or other asbestos-related diseases.

Malignant mesothelioma is an extremely aggressive cancer in which malignant cancer cells are found in the sac that lines the chest, abdominal cavity, or heart. Asbestos exposure is the only known cause of this devastating illness.

Along the same lines, when firefighters brought their contaminated turn-out gear back to the fire station, they may have potentially exposed their co-workers and anyone else in the station to asbestos particles.

How Waters Kraus & Paul Can Help Victims of Asbestos Exposure

Using our extensive resources, our asbestos attorneys have helped victims of asbestos exposure that occurred here in the U.S. and abroad. With a national presence and a wealth of experience prosecuting mesothelioma litigation, Waters Kraus & Paul provides aggressive representation throughout the entire course of litigation. To learn more about legal representation at Waters Kraus & Paul, or to have one of our attorneys review your potential mesothelioma or other asbestos-related illness case, email us or call 800.226.9880.