Johnson & Johnson Back in Court for Defective Mesh Device 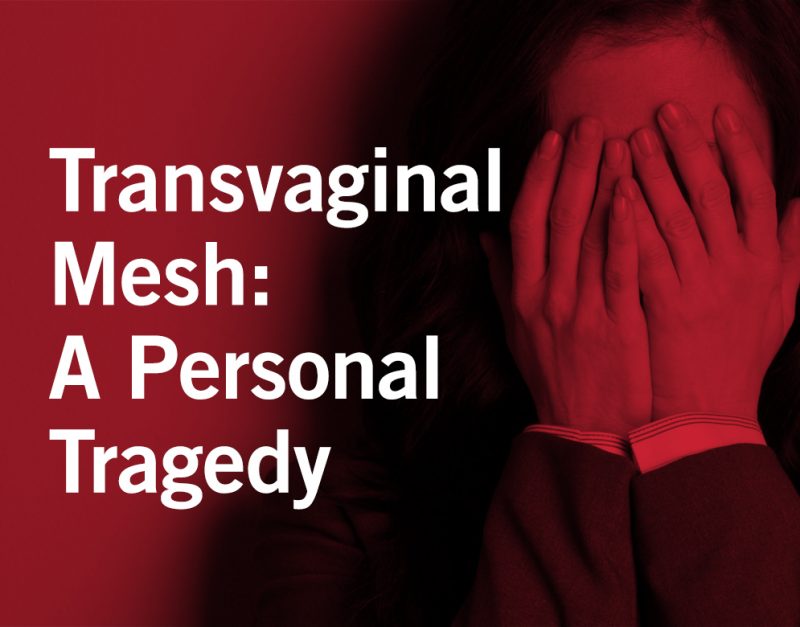 Johnson & Johnson’s Defective Transvaginal Mesh Products are, for the Fifth Time, the Subject of a Trial in Philadelphia

Johnson & Johnson’s subsidiary, Ethicon Inc., is back in court in Philadelphia for the fifth time for its defective transvaginal mesh products. A woman who was implanted with pelvic mesh to treat her incontinence in July of 2010 is suing Ethicon over the severe pain allegedly caused by the medical product. This is the latest in a string of cases out of Philadelphia alleging that Ethicon rushed a mesh product to market that was not safe or properly tested.

What are the Claims of this Mesh Lawsuit?

The plaintiff in this case alleges that Ethicon knew of the high failure rate of its TVT Secur mesh product, but rushed it to market anyway without additional testing. Internal documents were used as evidence to show that Ethicon had tested the transvaginal mesh on only 31 women, and that the medical device had a 30% failure rate. Additionally, 60% of the women tested experienced a complication with the product. According to the plaintiff’s lawyer, “this product was a disaster from day one.”

The Philadelphia plaintiff claims the medical device, implanted in 2010 to treat her incontinence, sawed through her tissue and eroded into her vaginal cavity. She says that as a result, she has suffered from severe chronic pain and has been prevented from having sex with her partner.

There are almost 200 other cases pending for claims stemming from problems with Ethicon’s transvaginal mesh products. The first three mesh cases to go to trial in Philadelphia returned verdicts for the plaintiffs in the amounts of $12.5 million, $13.5 million, and $20 million. The fourth case concluded also in favor of the plaintiff for $2.18 million.

“Many women who have had children undergo vaginal mesh surgery because they experience a little urine leakage when they cough, sneeze or laugh,” says Waters Kraus & Paul partner Leslie MacLean. “What had been a minor inconvenience turns into a full-blown nightmare.”

This nightmare is due to Johnson & Johnson choosing profits over consumer safety. “Johnson & Johnson chose not to warn women that the company’s vaginal mesh product could cause the pain, urinary, and sexual injuries that our clients have suffered,” says Waters Kraus & Paul partner Gibbs Henderson.

Waters Kraus & Paul is a mid-sized plaintiffs’ firm with a national reputation for representing clients who have been injured by defective and dangerous medical devices. We recognize that transvaginal mesh injuries are personal and addressing the matter is a sensitive issue. The transvaginal mesh attorneys at Waters Kraus & Paul are aggressively fighting to hold negligent corporations responsible for the pain and suffering their products have caused. If you have been injured by a medical device, such as transvaginal mesh, you deserve justice and compensation. Email us or call 800.226.9880 to discuss your potential claim.