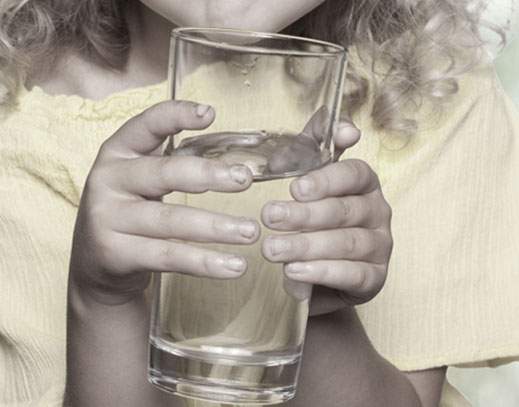 The order marks the latest in a series of potentially precedential losses the EPA has suffered in the landmark TSCA fluoride suit.

A federal judge has ordered EPA to provide internal documents and allow plaintiffs to depose agency staff on the risks posed by fluoridation, mandates that highlight the effect of an earlier ruling allowing the plaintiffs to introduce new evidence in their landmark Toxic Substances Control Act (TSCA) suit rather than limiting it to the agency’s record.

In an Oct. 4 order, Judge Edward Chen, of the U.S. District Court for the Northern District of California, ordered EPA to release internal documents regarding its scientists’ views of a study linking fluoridation to IQ decrements, as well as ordering EPA to allow plaintiffs to depose agency staff on whether its existing fluoride standards consider neurotoxicity risks.

The order marks the latest in a series of potentially precedential losses the agency has suffered in the landmark TSCA suit, Food & Water Watch Inc., et al, v. EPA, where environmentalists and public health groups are seeking to force EPA to grant their petition seeking to ban the practice of treating drinking water with fluoride.

“In my view, it’s quite significant going forward … [Chen] didn’t provide any qualifications. He allowed deposition and forced EPA to search for internal documents,” the plaintiffs’ attorney, Michael Connett with Waters Kraus & Paul’s Los Angeles office, tells Inside EPA. “Even though [the order] is not technically precedential, it’s nevertheless helpful guidance for future courts” because this case is the first of its kind.

Late last year, Chen ruled that the reformed TSCA allows citizens to petition EPA to regulate single uses of substances, a stance at odds with the agency’s position in this case, where it rejected the petition because it sought to regulate one use of fluoride, the fluoridation of drinking water for its dental benefits.

More significantly for the latest order, Chen also ruled last February against the agency’s arguments to restrict the suit to the evidence presented in EPA’s petition denial — paving the way for a rare, de novo hearing of the petitioners’ arguments, scheduled for August 2019, where the plaintiffs are expected to offer a host of new scientific studies on the risks posed by the widely used substance.

EPA has declined to appeal either ruling and instead has vowed to win the suit on the merits. But attorney observers say the rulings will usher in increased interest from public interest groups in filings such petitions — an action that had previously been rare, and even more rarely, if ever, challenged in court.

Environmentalists last month filed a similar section 21 petition urging the agency to amend its Chemical Data Reporting rule to require businesses to report their uses of asbestos, an effort aimed at closing what the petitioners say is a loophole EPA created when it said the regulation does not cover asbestos because it is “naturally occurring.”

Section 21 gives EPA 90 days to respond to such a petition. Should EPA deny the petition, or fail to respond within 90 days, the petitioners can sue the agency in federal court.

Chen’s latest ruling broadens the evidence that plaintiffs can gather from EPA, allowing for discovery of certain internal documents and even deposition of EPA staff on certain topics.

In his latest ruling, Chen reminds EPA that in this TSCA section 21 suit, “the Court reviews Plaintiffs’ administrative petition de novo. The EPA’s documents and correspondence relating to the specified studies are relevant to the ultimate issue the Court must decide — whether the ingestion of fluoride in drinking water causes neurotoxic harm.”

Chen’s order responds to a joint Sept. 27 letter EPA and plaintiffs filed that details areas in which the litigants, after several months of discovery negotiations, have been unable to agree.

For example, the plaintiffs tell Chen that they “requested EPA documents related to the first-ever” National Institutes of Health-funded study of fluoride and IQ, which was published in September 2017.

“This much anticipated and methodologically rigorous study (which was funded, in part, by the EPA) found that fluoride ingestion during pregnancy correlates with significant and sizable IQ loss in children and thus strongly supports Plaintiffs’ position,” they say.

The plaintiffs are seeking any internal documents that may exist of EPA scientists’ review of the study. “Internal EPA documents showing, inter alia, that EPA’s own scientists recognize the strength of this study (A) would be probative reliance material for Plaintiffs’ experts, (B) would assist the Court in assessing the testimony of EPA’s litigation experts, and (C) would help identify potential witnesses.”

The plaintiffs argue that “[d]espite the probative value of EPA’s internal assessments of these studies, EPA has taken the sweeping position that any views of its individual scientists are wholesale irrelevant. The only documents EPA has produced, therefore, are official EPA and third-party documents that were already available in the public domain. This runs counter to the Court’s discovery ruling which permitted Plaintiffs to discover ‘evidence [that] would not have been previously available to Plaintiffs but is within the scope of the petition.’”

EPA, however, argues that plaintiffs’ discovery “unnecessarily focuses on internal discussion and the personal opinions of agency personnel. Given the scope of discovery already defined by the Court, EPA searched for and produced responsive documents relevant to the existence of scientific studies and data rather than EPA’s interpretation of that data.”

“Additionally, EPA flagged for Plaintiffs the potential that such requests likely impinge on EPA’s deliberative process privilege. . . . Nevertheless, Plaintiffs implicitly reflect their desire to harm the agency by attacking its credibility through compelled testimony of its own scientists.”

Chen also ordered EPA to respond to plaintiffs’ request for a witness. Chen writes that the plaintiffs’ requests “are relevant because whether the EPA considered the neurotoxic risk of fluoride in establishing its safety standards bears on how much weight the Court should give to any EPA argument that its safety standards can be used to show what a safe level of fluoride is.”

Chen acknowledges EPA’s “protests that the request is duplicative and not proportionate to the needs of the case because the ‘factual and scientific predicates for EPA’s denial of the petition are publicly expressed and identified in the document denying the petition.’”

But Chen notes that “EPA has not identified any undue burden from the request, and courts have made clear that ‘the deposition process provides a means to obtain more complete information [than written responses to discovery requests] and is, therefore, favored,’” citing a 2008 case, Great Am. Ins. Co. of New York v. Vegas Const. Co., from the U.S. District Court for Nevada.

Connett deposed EPA’s Ed Ohanian, associate director for science, on Oct. 15. As a witness in a federal rule 30(b)(6) deposition, Ohanian represents EPA and his statements are binding on the agency for purposes of the litigation, Connett says.

The plaintiffs in their letter to Chen explained they seek access to depose EPA witnesses “to clarify whether, and to what extent, EPA’s current safety standards the [maximum contaminant level goal (MCLG) in drinking water] and [reference dose (RfD), the maximum amount an individual can be estimated to ingest daily over a lifetime without experiencing noncancerous health effects] considered neurotoxicity as a potential risk of fluoride.”

The plaintiffs add that based on information they have received, “it appears EPA’s safety standards did not meaningfully consider fluoride neurotoxicity, and, as such, cannot be used to demonstrate a neurological safe level of fluoride.”

EPA, however, argues that “While EPA takes the position as a matter of policy that neurotoxicity is not a risk of concern at doses below those associated with the MCLG and RfD, EPA is not required to defend that policy position in this litigation.”

“Moreover, in public documents addressing the issue which have already been provided to Plaintiffs, EPA has noted that the available data on neurotoxicity are not sufficient to assess the public health relevance to the U.S. population. Thus, Plaintiffs are unable to identify how inquiry into the MCLG for fluoride is relevant to the availability and existence of scientific studies and data necessary to demonstrate an unreasonable risk. … Plaintiffs have not provided a convincing explanation of how the disputed discovery relates to the only fact ‘of consequence’ in this litigation — whether there is scientific evidence of an unreasonable risk of injury.”

This article originally appeared in the October 22, 2018 issue of Inside EPA.