Libby, Montana – Living and Dying at the Hands of Asbestos 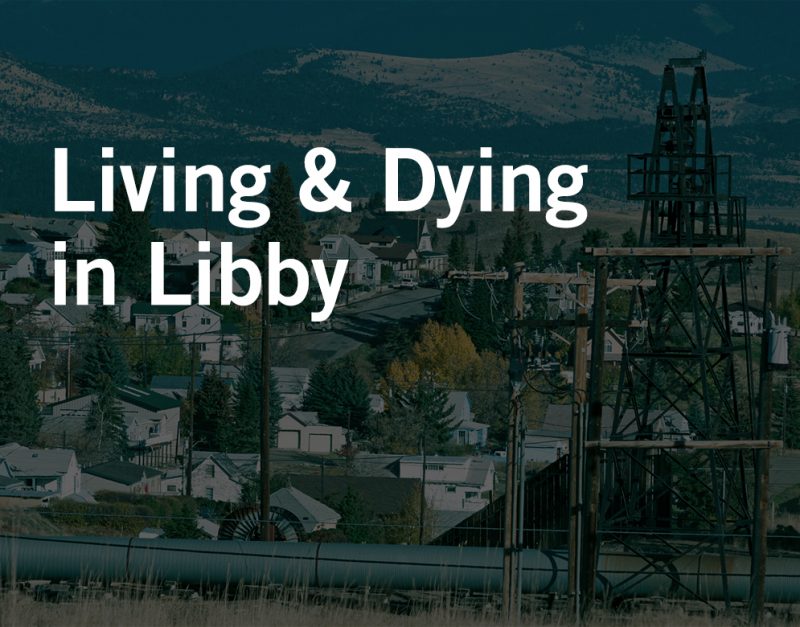 The Vermiculate Mine, Owned by W.R. Grace & Company, Employed Most of the Citizens in Libby, Montana, and Killed Them Too

Libby, Montana is the site of one of the worst cases of widespread asbestos exposure in recorded history. Nearly half of the town’s residents have been diagnosed with an asbestos-related disease – about 50 times the national average. The usual culprit was responsible for the scores of deaths from pleural mesothelioma – corporate greed.

Where Did the Asbestos Come From?

The small town of Libby, Montana was home to a mine that proudly produced over three quarters of the world’s vermiculate, a substance used for insulation and as a soil conditioner. Many of the families in the town were supported by husbands who were employed in the mine. Tragically, this vermiculate mine was also full of asbestos. Asbestos is a deadly mineral that forms into small fibers that, when inhaled, hook into the lining of the lungs and can cause serious, fatal lung diseases such as lung cancer and mesothelioma. These diseases can take decades to develop, so residents of the town were not immediately aware of the danger lurking in the fibers they were inhaling.

W.R. Grace purchased the mine in 1963. Not only did W.R. Grace know that the mine contained asbestos, that asbestos exposure can lead to deadly diseases, and that the entire town was being exposed, but the corporation actively covered up the danger and failed to either warn or protect anyone in Libby, Montana. As a result, at least 200 people have died from diseases caused by asbestos, many more are sick, and new victims are being diagnosed weekly.

Who All Was Exposed to Asbestos?

The effects of corporate greed weren’t just limited to the employees of W.R. Grace who worked in the mine and were occupationally exposed to asbestos there. Everyone in the town was affected. Families of workers were exposed to asbestos when the miners came home with work clothes covered in asbestos dust. Children with no connection to the mine, other than the town in which they lived, were exposed because vermiculite contaminated with asbestos was used in local schools, baseball fields, and playgrounds. No one in the town was safe from asbestos exposure. Decades later, many of the victims are just now feeling its deadly effects.

What Can Be Learned from the Tragic Case of Libby, Montana?

The failure to warn and protect mine workers and residents from the dangers of asbestos exposure, due to the corporate greed of W.R. Grace, was responsible for the suffering and deaths of hundreds of residents of Libby, Montana. Greedy corporations, when faced with the choice between increased profits or proper safety, have consistently chosen the former to the detriment of their employees, the families of the employees, and the public at large. The tragedy of the town of Libby, Montana highlights the need for strict regulation and controls on dangerous industries, such as the mining of materials that contain asbestos. Other examples of dangerous industries which lack the proper legislation to ensure safety are:

What is Waters Kraus & Paul Doing to Help?