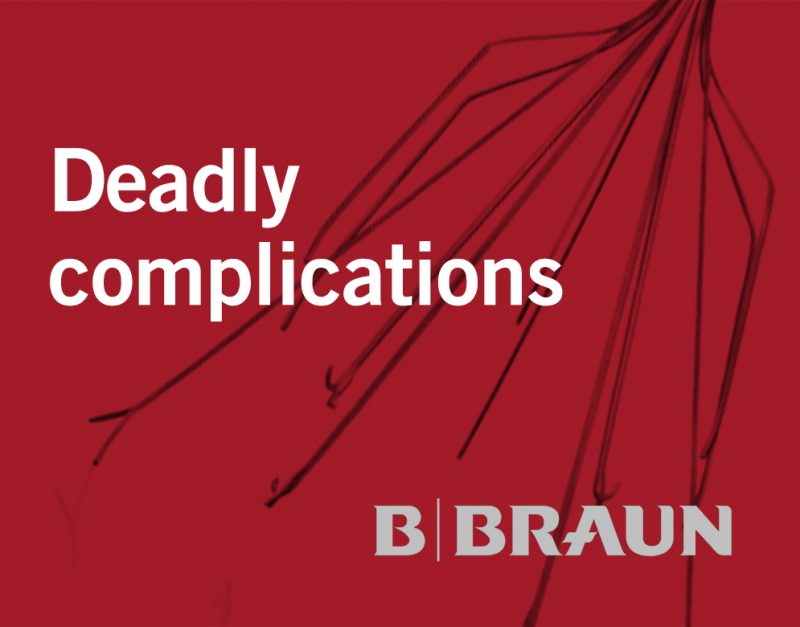 B. Braun Medical Inc. Faces Another Law Suit Alleging it Knew the IVC Filter it Sold was Defective and Dangerous.

A North Carolina man is dead, the result of a defective device implanted in his body in 2015. Keith A. Waters died when an inferior vena cava (“IVC”) filter put into his body to prevent blood clots broke apart, causing pieces of the device to lodge in his heart and lungs.

Braun Medical Inc. and its subsidiary Aesculap Implant Systems, the makers of the medical device, allegedly knew the IVC filter that ultimately killed Waters was defective and dangerous when they sold it. This is not the only lawsuit alleging the IVC filters made by B. Braun are defective. Last year, a New Jersey man filed suit claiming an IVC filter produced by B. Braun broke apart in his body, resulting in the broken pieces of the medical device lodging in his heart, liver, and aorta.

What is an IVC Filter?

Implantable IVC filters are small medical devices put into the main vein that returns blood from the lower body to the heart and lungs. This device is designed to catch blood clots that form in the legs before they reach the heart and lungs, preventing blockages of these vital organs.

IVC filter law firms began noting the thousands of cases coming in for injuries resulting from defective IVC filters. In 2010, the U.S. Food and Drug Administration (FDA) warned doctors of IVC filter design problems that caused them to move around in the body and break apart, causing perforation of vital organs, and even death. The FDA reissued this warning again in 2014, but some manufacturers continued to sell their IVC filters allegedly knowing of the design flaws and the dangers that came with it.

Who is Responsible for the Injuries Caused by IVC filters?

What Can You Do if You Have Suffered Injuries From a Defective IVC Filter?

If you or a loved one has been injured as a result of an IVC filter, you deserve justice. The IVC filter attorneys at Waters Kraus & Paul, a law firm with experience in litigating medical device cases, will fight to ensure that you receive the justice you deserve. One of the best ways to encourage manufacturers to improve the safety of their products, like IVC filters, is for law firms like Waters Kraus & Paul to hold manufacturers accountable in courts for their faulty products and for failing to warn consumers of the deadly danger.