Manufacturers Profit at the Expense of Women’s Safety 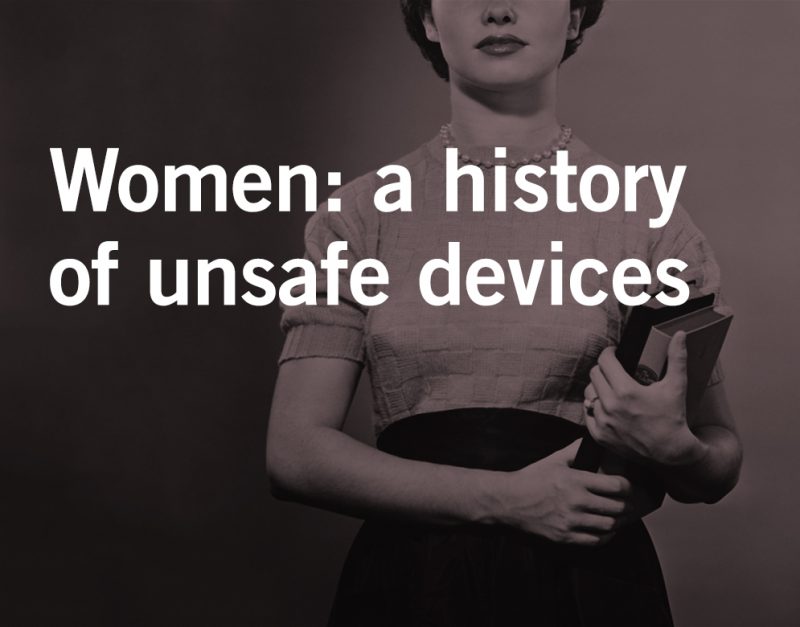 A new report by the American Association for Justice (AAJ) highlights a history of dangerous products sold to women. Manufacturers have sold unsafe products targeted to women in order to “cure” nerve conditions, menstruation, and menopause, as far back as at least the 1880s. Before the 21st century, these manufacturers regarded women as “constitutionally weaker than men, and burdened by their reproductive systems.” In modern times, manufacturers have continued to target women for products that have either been untested, or have proven to have serious health risks, such as power morcellators, transvaginal mesh, and talcum powder.

As far back as at least the 1880s, women suffering from “hysteria” were treated with morphine, cocaine, and heroin. These unsafe forms of “medicine” were a result of ignorance and baseless, patriarchal attitudes toward women. That changed somewhat in the 20th century. One example of the shift from ignorance to outright disregard for safety was the marketing of bleach as a douche and contraceptive. Manufacturers of this product targeted women with ads suggesting “neglect” to personal areas was the reason for failed marriages. Needless to say, using bleach in sensitive areas had many painful side effects, and could even lead to death.

In 1937, legislation was finally enacted to provide some form of consumer safety. The Federal, Food, Drug and Cosmetic Act was enacted after over 100 people, mostly children, died from ingesting Elixir Sulfanilamide, a raspberry-flavored anti-freeze, never tested for safety and touted as an anti-infection drug. For the first time, manufacturers had to prove a product was safe before marketing or selling it.

In 1976, Congress passed the Medical Device Amendments Act after use of the Dalkon Shield, an intrauterine device or IUD, caused at least 15 deaths. The manufacturer of the medical device knew of flaws in the design, but deliberately turned a blind eye. The Medical Device Amendments Act required Class III medical devices be approved before going to market, but allowed products not designated Class III to be sold if the manufacturer showed the device was similar to a previously approved product.

The Class III medical device provision within the Medical Device Amendments Act led to many products entering the market that were never properly tested, and which proved to be dangerous to the women using them. One example is transvaginal mesh, which was approved as similar to other meshes used in different body parts. Subsequently, patients implanted with the meshes discovered that these products caused many health problems by becoming imbedded in the uterus wall and proving nearly impossible to remove.

The Consistent Theme for These Dangerous Medical Devices

Whether it be the Dalkon Shield, transvaginal mesh, or numerous other dangerous and deadly products sold to women, a consistent cycle has been that the products were known by manufactures to be dangerous, sold anyway, and then kept on the shelves as long as possible. The manufacturers were raking in profits at the expense of the health and lives of women who bought the product ignorant of the dangers. Weak attempts at passing legislation to protect consumers have largely failed – with legislation either full of loopholes, or manufacturers ignoring the laws and selling dangerous products anyway.

What Can Be Done to Stop This Deadly Trend?

The history of these deadly medical devices sold to women, despite their health risks, suggests the need for stronger consumer protection laws. Dangerous medical devices are not a thing of the past – products are recalled every year once the public becomes aware of severe health risks. Legislation has failed to solve this problem, but one way women have found success is through the civil justice system. Lawsuits aimed at these irresponsible corporations have resulted in damages totaling billions of dollars. Lawsuits have in fact sometimes proven to be the only way to force some manufacturers to recall their harmful products.