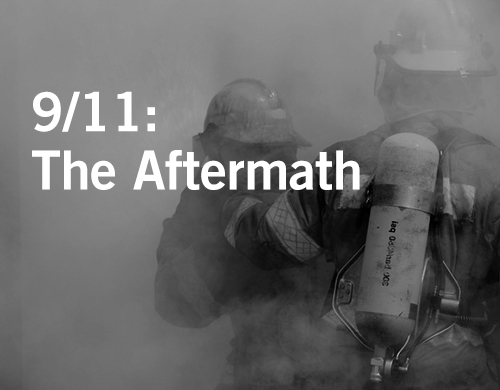 Fifteen years after the collapse of the World Trade Center, many clean-up workers are concerned about their mesothelioma risk as a result of exposure to asbestos. It is reported that the rubble from the towers’ collapse contained more than 400 tons of asbestos that had been used to insulate the buildings. “When asbestos products are disturbed during demolition or remodeling, asbestos fibers are released into the air, posing a danger and mesothelioma risk to those nearby,” explains Kevin Loew, partner with Waters Kraus & Paul, mesothelioma lawyers in Los Angeles. Mesothelioma is an aggressive, fatal cancer caused by asbestos exposure.

When the twin towers fell, dust from the resulting debris was not contained by neighborhoods in lower Manhattan. A fine powder covered several square miles surrounding the site. When the dust was analyzed three days after the attack, some tests showed that it contained up to four percent asbestos.

The World Trade Center, constructed between 1968 and 1972, was filled with asbestos. Much of the steel frame had been fireproofed with a mixture of asbestos and cement. Although the New York City Council banned the use of spray-on asbestos fireproofing in 1971, by that time hundreds of tons of asbestos cement already had been applied. In an asbestos abatement program years later, some of the fireproofing was removed, but not all of it.

To date, more than 5,000 people have presented to the World Trade Center Health Program with cancers related to 9/11. It is very likely that the number will go higher, given mesothelioma’s long latency period. It can take decades — even 50 years — for mesothelioma to develop after exposure occurs. This is why, for example, many U.S. veterans who were exposed to asbestos during their Navy service in the Vietnam War are only now being diagnosed with mesothelioma.

It may be that no one could have prevented the horrific loss of life at the World Trade Center on 9/11. That is sadly not true for the lives lost to mesothelioma and other asbestos diseases. Scientists have known since the early part of the last century that asbestos is dangerous for workers in a number of different industries. “Even experts hired by asbestos companies agree. By 1955, manufacturers clearly should have known that asbestos exposure was a cancer risk. Not only for people working with the toxic substance, but also for workers’ family members exposed to asbestos fibers brought home on workers’ clothing,” says Scott Frost, partner with Waters Kraus & Paul, mesothelioma lawyers in Los Angeles. By the 1960s, the link between asbestos exposure and mesothelioma, in particular, was well known to scientists and asbestos manufacturers. Yet many asbestos product manufacturers took no action to prevent the harm they knew their products could cause. As a result, between 2,000 and 3,000 Americans each year are diagnosed with mesothelioma. The asbestos tragedy is one that didn’t have to happen.