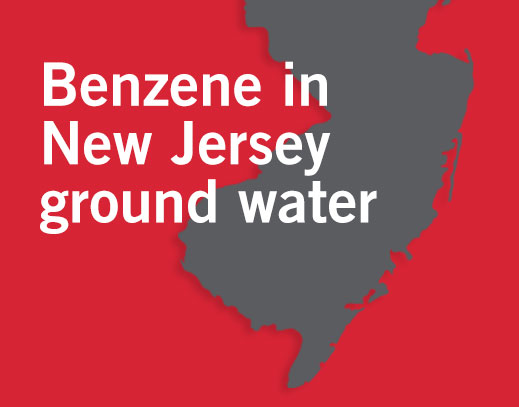 Groundwater samples taken last year from underneath the former Fenimore Landfill in Roxbury, New Jersey found elevated levels of benzene, ammonia and arsenic. New Jersey’s groundwater water quality standard (GWQS) for benzene is 1 part per billion (ppb). Benzene concentrations found in the groundwater underneath the former dumpsite ranged from 1.8 ppb to 3 ppb. Still, according to Maser Consulting, hired by Roxbury to conduct testing for the dangerous chemicals, the former dumpsite poses no “significant or anticipated threat to human health or drinking water quality.”

The benzene levels at monitoring well MW-202, by contrast, had declined. In April 2015, that well had a benzene reading of 15 ppb, but by August 2015, the benzene level had dropped to 2 ppb — still twice the permissible limit of 1 ppb.

The U.S. Environmental Protection Agency (EPA) has classified benzene as a known carcinogen that causes acute myeloid leukemia (AML) and myelodysplastic syndrome. Benzene has also been linked to birth defects.

New Jersey’s Department of Environmental Protection (DEP) reportedly was scheduled to perform new tests in November 2015, with the results to be available in December. That data should help to paint a clearer picture of the safety of the groundwater in Roxbury.

New Jersey’s DEP assumed control of Roxbury’s former Fenimore Landfill after 2012 when wallboard was dumped at the site, creating a putrid odor from hydrogen sulfide gas across much of the town.

Despite the high levels of benzene found at the site, Maser Consulting maintains that there does not appear to be a danger for people who rely on nearby wells for their drinking water.

The lawyers at Waters Kraus & Paul have been representing people who have been sickened by toxic exposures for more than twenty years. Have you or a loved one been exposed to benzene and been diagnosed with acute myeloid leukemia (AML) or myelodysplastic syndrome? If so, call us at 800.226.9880 to speak with our benzene attorneys, like Peter Kraus and Scott Frost in our California office, to learn more about how we can assist you with a benzene injury lawsuit.