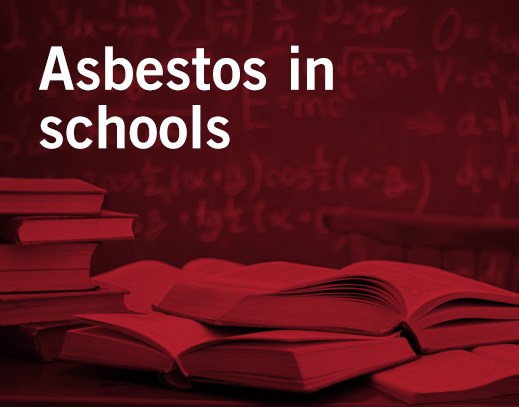 About 120 miles southwest of Newark, New Jersey, local school officials at Vineland High School are in the midst of an asbestos removal project. They thought they had completed it years ago. Asbestos was widely used in school construction back in the 1960s when the Vineland school was built. It is the only certain cause of mesothelioma, a fatal cancer with which 2,000 to 3,000 Americans are diagnosed each year. Peter Kraus, a founding partner of Texas asbestos law firm Waters Kraus & Paul and a long-time board member of the Greenhill School in Dallas, is not surprised by the news: “American schools built in that era were riddled with asbestos — in ceiling tile, floor tile, joint compound used on the walls, pipe insulation up behind the ceiling, and block insulation covering boilers used to heat the classrooms.”

The Vineland, New Jersey school, now 53-years- old, is undergoing a two-year project to install air conditioning and replace the school’s old hot water system and heating unit. Before starting work on the ventilation system, an environmental review was performed to verify that the area was asbestos-free. Years earlier, officials reportedly paid a contractor to remove all asbestos from the facility. Now the school claims that the contractor removed only the large asbestos panels that were plainly visible, leaving behind the asbestos hidden in the ceiling. It is estimated that the school will spend around $1 million on the asbestos remediation project. This will require round-the- clock

It is estimated that the school will spend around $1 million on the asbestos remediation project. This will require round-the- clock workers, if the job is to be finished in time for the school to open on September 6. In the meantime, school entrances have been posted with asbestos warning signs. In addition, the air quality at Vineland High School is being closely monitored.

This is a story that is all too familiar for attorneys with Texas asbestos law firm Waters Kraus & Paul. Nationally, the firm has represented many workers exposed to dangerous asbestos block insulation on boilers installed in the equipment rooms of schools and hospitals. Boiler manufacturers knew their equipment would be insulated with asbestos, and frequently supplied the asbestos insulation to be installed on their equipment. Insulating a boiler was a big job that could take days or weeks to complete. Workers had to cut flat asbestos blocks with a hand saw to make them fit around curved boiler surfaces. Then they mixed an asbestos-containing powder or cement together with water to make a paste to smooth out the edges. The men worked in a cloud of asbestos dust.

Boiler manufacturers knew that asbestos could cause mesothelioma, other cancers and asbestosis. Yet for years, the companies protected their own profits by hiding the dangers of asbestos from the workers they knew would be exposed. “If manufacturers had alerted people to the dangers they faced,” says Texas asbestos law firm partner, Gibbs Henderson, “workers could have taken precautions to protect themselves.”

Contact Waters Kraus &amp; Paul by email or call us at 800.226.9880 for a free consultation with an experienced asbestos attorney.