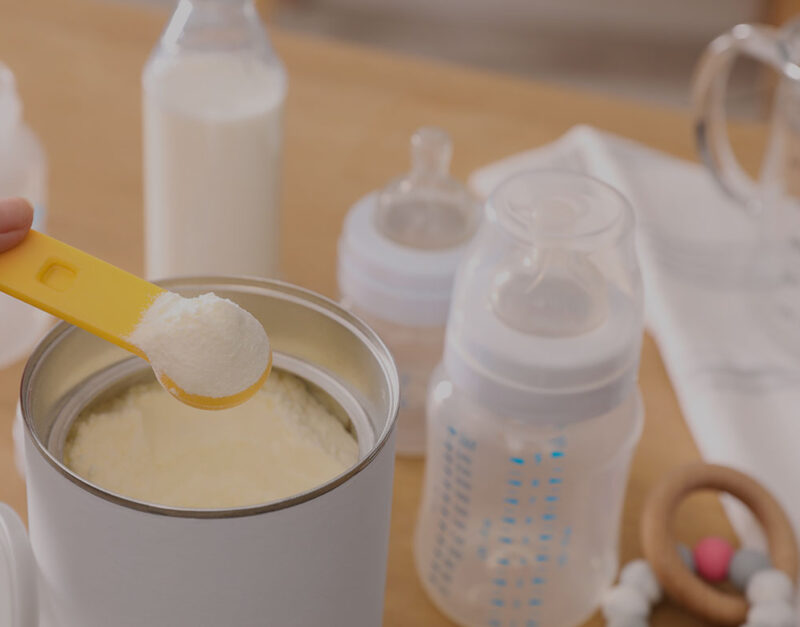 In June 2022, the U.S. Senate passed a bill to make sure the U.S. Food and Drug Administration (FDA) and manufacturers of infant formula are held strictly accountable for the safety of baby food production.

This vote comes amidst multiple lawsuits being filed against formula makers alleging their products may have caused infants developing necrotizing enterocolitis. This deadly illness is tied to the use of formula in preterm babies given formula in the first two weeks of life.

The bill also came soon after the FDA reached an agreement with Abbott Laboratories in May 2022 that could mean the end of a baby formula shortage that left parents scrambling for months to find substitutes.

As part of the agreement, Abbott will hire an outside expert to oversee improvements at its Sturgis, Michigan, plant. The FDA allowed the plant to reopen in June 2022, with baby formula expected to be available in August.

What Caused the Baby Formula Shortage?

An infant formula recall and a shutdown of the Abbott manufacturing plant in February 2022 compounded the scarcity of infant formula that had resulted from pandemic-related supply-chain issues and ingredients in short supply and created a national shortage of commercial baby food. Abbott supplies 48 percent of infant formula in the United States.

The recall came after four infants were hospitalized with a Cronobacter infection, reportedly after consuming powdered infant formulas manufactured by Abbott.

What Infant Formula Products Were Recalled?

In February 2022, Abbott recalled powdered infant formulas manufactured in Sturgis, Michigan, including Similac, Alimentum, and EleCare. A detailed list can be found on the Abbott website.

Why Were These Infant Formula Products Recalled?

A former employee at the Abbott manufacturing plant in Sturgis, Michigan, reported his concerns about falsified records and careless cleaning practices at the plant to the FDA in October 2021.

A 34-page document written by the whistleblower listed many alleged violations of the rules the FDA has put in place to assure safe production of infant formula. Among the allegations of neglect at the Abbot factory were:

As the FDA reviewed the information, more babies became ill with a Cronobacter infection and two died. In January 2022, FDA officials found Cronobacter at the Abbott factory, although samples indicated it was not the same strain that had led to the babies being hospitalized.

But to be safe, Abbott recalled its products in February 2022, compounding the existing shortage caused by the pandemic.

Entitled, “FDA Safety and Landmark Advancements Act,” the bill “requires FDA to investigate and resolve the mailroom issues that hindered its response, requires manufacturers to notify the FDA of issues that could disrupt supply, requires FDA to put forward a concrete plan to get formula on shelves as soon as possible, and more,” explained Senator Patty Murray of Washington State.

This intestinal disease develops primarily in premature and sick infants within a few months after birth. It can lead to intestinal tissue damage and even death. While the cause of NEC isn’t totally clear, it has been tied to the use of formula in these premature infants. Among these babies, it’s a leading cause of illness and death. Many babies are able to return to full health after developing NEC, but many have long-term health issues and some die.

How We Help Necrotizing Enterocolitis Victims

Waters Kraus & Paul is a long-time advocate of women’s health — especially when it comes to holding companies accountable for putting women and their newborn children in danger with dangerous products. Our NEC and personal injury attorneys offer an enhanced level of victim support, and we’re ready to help you receive justice for NEC experienced from the use of baby formula products. If your child suffered from NEC, we can help.