New Studies Reveal Fertility Risks for Those Exposed to Herbicides 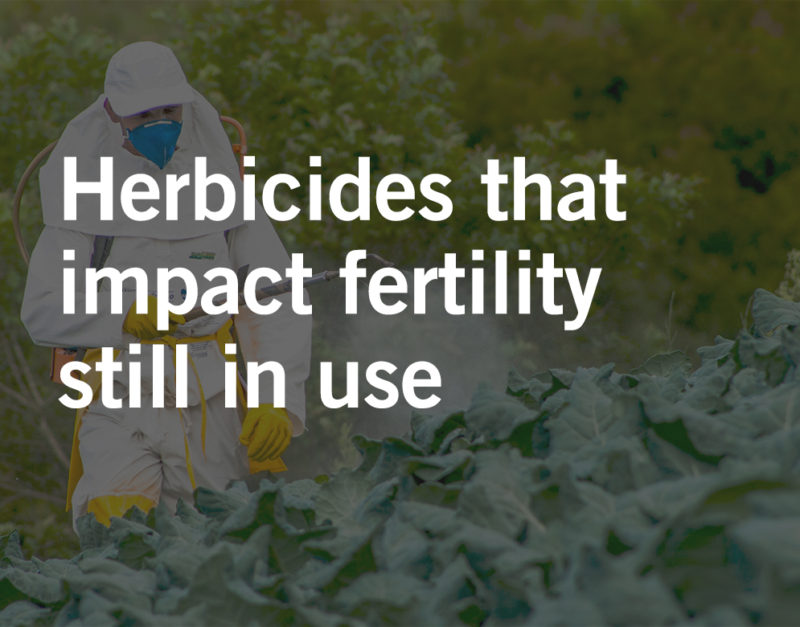 In 2018, Bayer AG acquired the Monsanto Company in a $63 billion gambit. Today, it is deemed one of the worst corporate deals in recent memory following Bayer’s inheritance of Monsanto’s Roundup lawsuits. The parent company now seeks to distance itself from the concerns associated with the glyphosate-based herbicide by attempting to settle more than 100,000 court claims and future cancer allegations. Several new studies are now raising questions about the chemical’s potential impact on reproductive health, in addition to its well-known carcinogenic properties.

In a paper recently published in the academic journal of endocrinology, four Argentinian researchers have said that their findings contradict assurances made by the U.S. Environmental Protection Agency (EPA) regarding glyphosate safety. According to the study, evidence suggests exposure to low doses of glyphosate could alter the development of the female reproductive tract, which can have significant consequences on fertility.

The models presented in the study show that this could be related to the endocrine-disrupting compound found in herbicides. For many years, biological evidence has led scientists to believe that endocrine-disrupting chemicals may alter the body’s sensitive systems that produce critical hormonal and uterine targets. Because of this, chemicals found in Monsanto’s Roundup are linked to developmental, reproductive, and neurological issues.

In another noteworthy study, researchers analyzed urine samples from four geographically diverse families in the United States for five days on an entirely non-organic diet, and later for another five days on a strictly organic diet. The 16 participants, old and young, all yielded the same expected results. The glyphosate levels decreased by over 70% within six days on an organic diet. The experiment also revealed that children had much higher levels of glyphosate in their urine than adults. These higher levels may be due to several reasons, including reduced dietary compliance or even a non-dietary source of glyphosate buildup, such as environmental exposure on school grounds or in parks. The research also indicates that children are less efficient at ridding their bodies of certain pesticides.

With 250 million pounds of glyphosate sprayed on American crops each year, it is no wonder that many citizens, especially those who are accustomed to non-organic food, are exposed to carcinogenic products and foods intended for everyday consumption.

Seek justice with the help of our experienced attorneys. Our Dallas, Texas, pesticide law firm has battled corporate giants on behalf of individuals like you for 20 years, aggressively fighting to hold companies responsible for dangerous chemicals and the cancers and personal injuries they cause. If you have suffered catastrophic injury caused by Monsanto’s Roundup or other harmful chemicals, we can help.