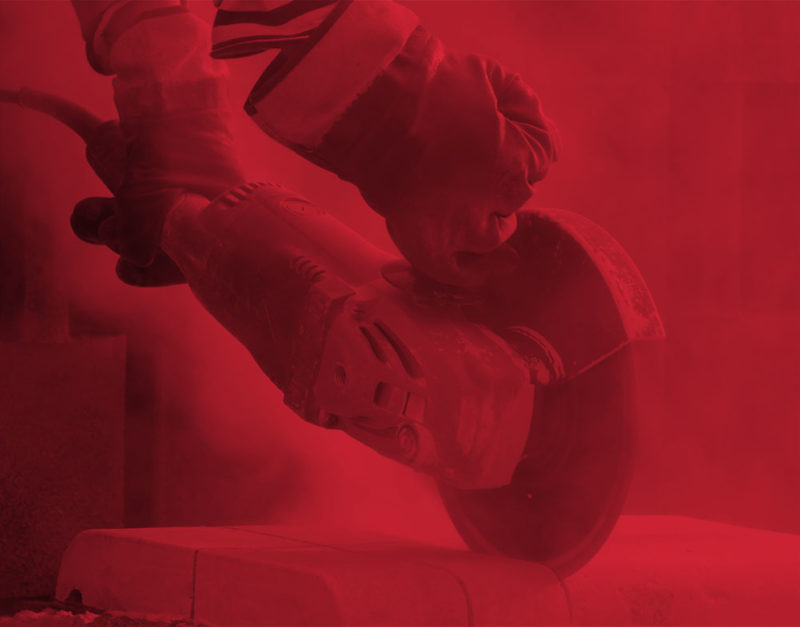 Researchers simulated real-time dust exposure scenarios by dry machining engineered stones in controlled conditions. They then captured and analyzed the respirable dust generated for physical and chemical characteristics. Natural granite and marble were used for comparison.

Were you exposed to dangerous silica dust?
Know your rights.

What Is Engineered Stone?

Engineered stone is a relatively new construction material. It is created with a composite of crushed stone and adhesive (newer versions use cement mix) to create a solid surface. The material is commonly used for the fabrication of kitchen and bathroom countertops, floor and façade tiles. The stone is popular not only because of its aesthetic appeal but also its durability, variability, and affordability. The increased popularity of the new materials is associated with the emergence of accelerated silicosis among those who work in the fabrication industry.

What Is Accelerated Silicosis?

What Types of Silicosis Are There?

It is the rapidity of accelerated silicosis compared to the other presentations that concerned researchers.

The study reports there is a large body of research reporting short-term exposure to atmospheric particulate matter of less than 2,500 nm (nanometers) and associated adverse health effects, especially on the respiratory system. Dry-cutting engineered stones generated very fine particles of less than 1,200 nm, which can penetrate deep into lung tissues. It is these very small silica particles that may have greater toxic effects compared to non-silica particles of similar size.

Does Engineered Stone Cause Silicosis?

The study showed that because the dust from machined engineered stones contains a high concentration of very fine particles (mostly quartz and cristobalite), they have the potential for a detrimental impact on respiratory health and pose a unique hazard to engineered stone fabrication work.