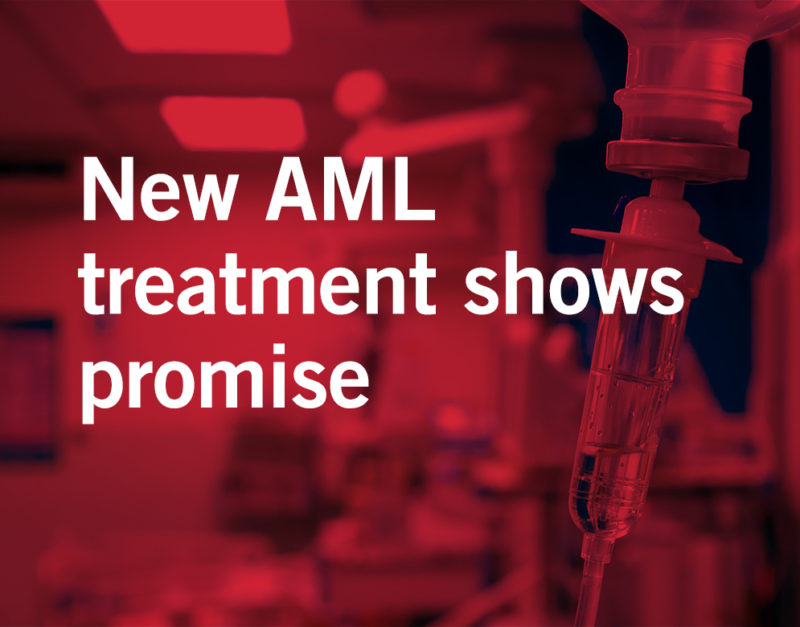 While cancer appears in many forms due to genetic or environmental influence, some cancers are more environmentally controlled than others. This is true of blood cancers, and more specifically, Acute Myeloid Leukemia (AML). Countless studies have linked AML to exposure of to benzene, a highly toxic chemical used for industrial purposes. While Leukemia has no definitive cure, various treatment options do exist. Researchers all over the world have committed to narrowing down the most rational and productive course of therapy available to patients based on their specific type of blood cancer.

Myeloablative conditioning (MAC), a high-dose chemotherapy treatment which kills bone marrow cells, including cancer cells, has been found to lead to a long-term survival benefit relative to reduced-intensity conditioning (RIC), a far less intensive regimen. In an observational study, researchers compared a group of patients undergoing MAC therapy, and another group following the RIC regimen. They found that the RIC group was twice as likely to relapse or die as compared to the MAC group. The study essentially concluded that MAC is the more superior choice for patients with Acute Myeloid Leukemia (AML). Following chemotherapy, patients undergo a bone marrow, or stem cell transplant, to rejuvenate healthy blood-producing tissue. These results were consistent with that of another study.

In the article ‘Myeloablative vs Reduced-Intensity Conditioning in AML: How to Choose?’, Dr. Short explains how personalized therapy is essential for each patient. What may work for one individual may not suffice for another. However, he did note that relapse rates were higher, and a survival probability was lower in patients with particular circumstances who received RIC therapy.

Better Quality Complete Remission with One AML Therapy vs. Another?

Another study found that patients who have AML with myelodysplasia-related changes—a type of leukemia with poor prognosis—live significantly longer if they receive complete remission with Vyxeos. Vyxeos is a combination of drugs that work together to prevent the copying of DNA in cancer cells and stop production of those cells altogether. Compared to its chemotherapy counterpart, this type of induction therapy distinctly increases the patient’s overall median survival rate from 11.58 months, to 19.15 months.

Scientists have invested thorough research into radiolabeled antibodies and the effects they have on a patient’s follow up bone marrow, or stem cell transplant. These antibodies work by delivering radioactive particles to the targeted cancer cells, and as such annihilating the malignancy. The study concludes that conditioning with radiolabeled antibodies lead to successful transplantation of stem cells in 84% of older patients.

Quizartinib, a single-agent oral treatment used for relapsed AML patients, is showing some promise. Through a global and randomized trial testing, researchers found that the drug allowed patients to follow up with a stem cell transplantation more often compared to those treated with standard chemotherapy (32% vs. 11%). Though quizartinib is awaiting FDA approval and distribution, scientists have acknowledged it to be a “substantial step forward” in the treatment of AML.

Recently, the FDA authorized the use of two new treatments for patients who may be considered more vulnerable than others. Because older and relapsed individuals are unable to tolerate the effects of intensive chemotherapy, oncologists have opted to consider Glasdegib and Gilteritinib tablets, both of which brought about promising results for these compromised groups.

Benzene exposure continues to be associated with the development of AML in patients. Studies indicate that hands on work with the substance is not necessarily a precursor to contracting the blood cancer. Everyday exposure to something as widespread as benzene in traffic emissions is enough to increase the risk of developing leukemia. Early diagnosis and detection of AML or any other form of Leukemia is key to ensuring that the most optimistic course of therapy is received. It is always important for patients to speak with their doctors before starting any new treatments or medications to explore the best options for the patient’s specific needs.