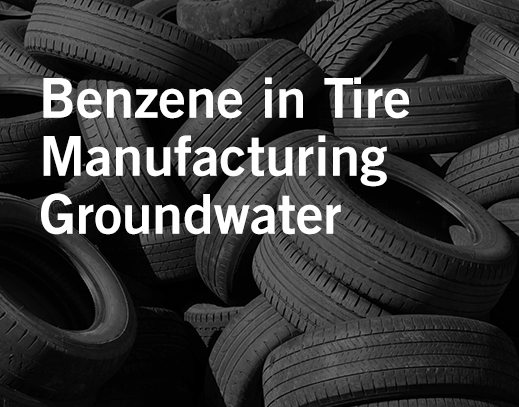 Cleanup of benzene-contaminated groundwater at an old BF Goodrich tire plant in Miami, Oklahoma is underway. Groundwater monitoring is continuing in some locations and at other places further away from the old tire facility, 17 benzene monitoring wells have been plugged and abandoned, as directed by the Oklahoma Department of Environmental Quality (ODEQ). Benzene is a highly toxic chemical known to cause acute myeloid leukemia (AML) and myelodysplastic syndrome (MDS). BF Goodrich used benzene in its tire-manufacturing process until the facility closed down in 1986.

Benzene is found naturally in crude oil and petroleum-based products. Even though manufacturers have known for decades that benzene causes leukemia, the substance is still used today in many products, including lubricants, resins, plastics, dyes and pesticides.

In Miami, Oklahoma, benzene from the old tire manufacturing plant has contaminated the groundwater underneath the facility. The city filed a benzene lawsuit against Michelin, which had acquired the contaminated property in 1990 and agreed to clean it up as part of the deal.

Michelin consented to follow ODEQ’s requirements regarding remediation. Since then, the old manufacturing facility has undergone several stages of remediation and demolition for asbestos and other environmental issues.

The benzene plume runs 14 to 24 feet below the BF Goodrich property. Michelin has now contracted with GHD Engineering to conduct groundwater monitoring adjacent to the plume. In addition, GHD will plug and abandon a number of monitoring wells that are not close to the benzene plume. These efforts are part of a process called In-Situ Chemical Oxidation (ISCO), a remediation technique being used to reduce the concentrations of benzene in the groundwater. The work is being done with the approval of ODEQ. The ISCO Work Plan has four phases, the first two of which were reportedly completed in October 2015.

The lawyers at Waters Kraus & Paul have been representing people who have been sickened by toxic exposures for more than twenty years. Have you or a loved one been exposed to benzene and been diagnosed with AML or MDS? Call us at 800.226.9880 to speak with our benzene attorneys, like Scott Frost and Erin Wood in our Texas office, to learn more about how we can assist you with a benzene lawsuit.