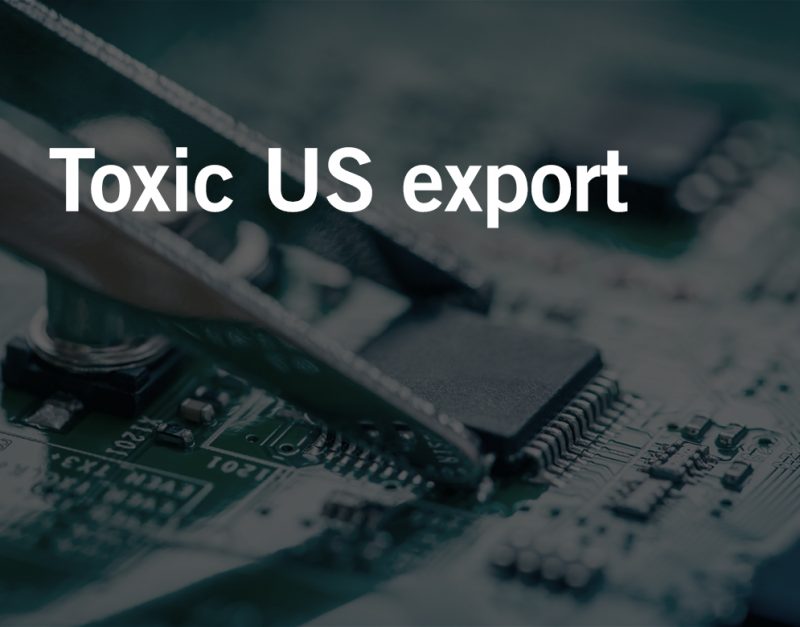 Women Working for American Semiconductor Producers Had Twice the Expected Rate of Miscarriages, so the Companies “Solved” the Problem by Sending it to Asia

Data collected in 1986 showed that women working at a large U.S. company that produced semiconductors had twice the expected rate of miscarriages, as well as an increased rate of other reproductive disorders and cancers. The findings were conducted by an expert in disease clusters who was also an associate professor of epidemiology at the University of Massachusetts at Amherst. After this data was published, over a dozen other top technology companies conducted further studies – all showed similar findings.

The studies showed that women working on the production line for semiconductors were being exposed to dangerous levels of toxic chemicals known to be reproductive toxins, mutagens, and carcinogens. The tech companies vowed to phase out these chemicals. However, as semiconductor production was outsourced overseas to Asian companies over the next few decades, the vows to eliminate these reproductive health hazards in the high tech industry failed to make the trip. Now, women employed in the production of semiconductors in Asia are suffering from the same health hazards that women in the United States experienced decades earlier.

What are the Hazards of Producing Semiconductors?

Semiconductors are produced in clean rooms meant to ensure that the semiconductor components are not exposed to dust and other particle contaminants. Women working in these clean rooms wear protective clothing and masks – but this equipment was designed to protect the semiconductors, not the women handling the toxic chemicals used in the production process.

One chemical used to make semiconductors, benzene, is known to cause acute myeloid leukemia (AML) and myelodysplastic syndrome (MDS). Another group of chemicals used in the production process, Ethylene Glycol Ethers (EGEs), are substances known to cause birth defects. Companies in Asia have not shown the same resolve to phase out use of these chemicals in the production process as their American counterparts. Etching materials, solvents, and cleaning fluids are all substances known to cause birth defects.

Who is Responsible for Ensuring that Workers are Protected?

It is the responsibility of corporations to ensure that their workers are provided with a safe working environment. Large corporations have the greatest knowledge of the risks of production in their industries and should take safety precautions to make sure that everyone involved in the production process is aware of the risks and adequately protected from harm. This is especially important with respect to pregnant workers or those who plan to have children in the future. Women, as well as men, working in the high tech industry, should not have to risk the possibility of birth defects resulting from toxic exposure in the workplace.

The birth defect attorneys at Waters Kraus & Paul are fighting to hold corporations responsible for failing to protect parents and their unborn children from these substances.

Who is Waters Kraus & Paul, and How Can They Help People Exposed to Toxic Substances in the Workplace?

Waters Kraus & Paul is a mid-sized plaintiffs’ firm fighting to compel corporations to compensate workers who have had children with birth defects resulting from toxic exposure. No one should have their health put in jeopardy because of corporations that put profit over the safety of their workers. The birth defect attorneys at Waters Kraus & Paul have years of experience pursuing birth defect lawsuits. If you have had a child with a birth defect resulting from toxic exposure, email or call 800.226.9880 to speak with an experienced attorney today.