Pearl Harbor — the War Rages On 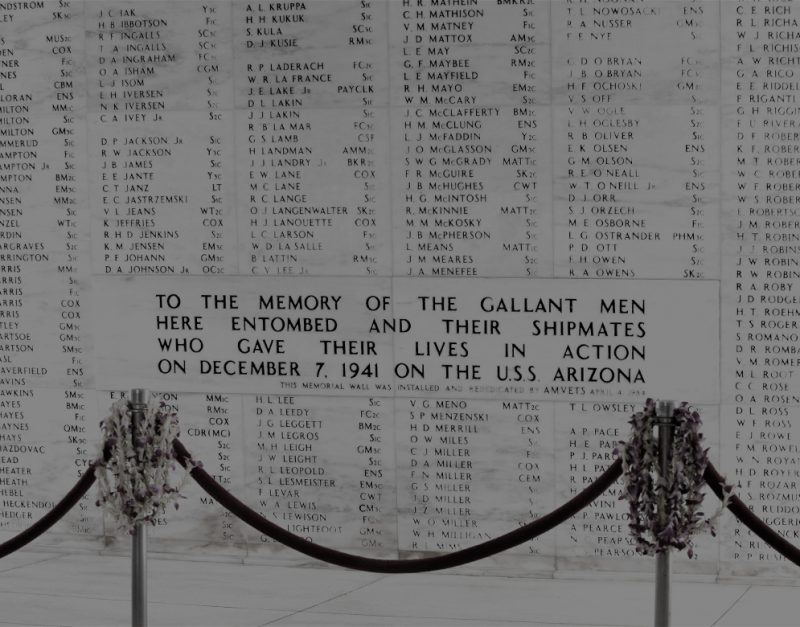 On Sunday, December 7, 1941, the American Army and Navy base in Pearl Harbor, Hawaii was attacked by the Imperial Japanese Navy.

The attack came as a surprise to the American Army and Navy and led to great loss of life and equipment.

Every year on December 7, the United States remembers and honors the 2,403 service members and civilians who were killed during the Japanese attack on Pearl Harbor. In addition, 1,178 people were injured in the attack, which sank two U.S. Navy battleships and destroyed 188 aircraft.

In a speech to Congress, President Franklin Roosevelt states that the bombing of Pearl Harbor was “a date which will live in infamy.”

As it turns out, some who died and gave their lives to serve America were never given the honor of being recognized by having their names engraved on memorial plaques. Asbestos, the silent killer, infected thousands of naval shipyard workers. During World War II, Pearl Harbor Navy shipyard workers were constantly surrounded by it, handled it, and most dangerously, breathed it.

Asbestos is a fibrous mineral known for its insulating and fire-retardant properties. For these reasons, asbestos was once a staple in most insulating products as well as many industrial and construction products. It was also used extensively in the U.S. military and especially on U.S. Navy ships. Boiler tenders and shipfitters, who were responsible for maintaining high-temperature equipment, frequently worked directly with asbestos-containing insulation products as part of their duties.

U.S. military veterans who have sacrificed their lives in battle fighting for our country are not the only victims of wars gone by. Countless veterans from all branches of the armed forces were exposed to asbestos during their military service but are only now being diagnosed with mesothelioma, because of its long latency period. Mesothelioma is an extremely aggressive cancer in which malignant cancer cells are found in the sac that lines the chest, abdominal cavity, or heart. For these veterans, the war continues on.

Who is at Risk for Developing Mesothelioma?

We should never forget the sacrifices made at Pearl Harbor and the brave men who fought so valiantly. For survivors of such horrors, they should not return home only to worry what more may come from their time in service. We must continue to look for a cure for mesothelioma and fight for an asbestos ban, so that there is only one enemy our servicemen need confront.

How can Waters Kraus & Paul Help?

Waters Kraus & Paul is waging a two-front war on asbestos exposure. On one front, the firm is pushing for legislation that protects the rights of asbestos victims. On the other front, the mesothelioma lawyers of Waters Kraus & Paul are fighting to hold the corporations who used asbestos in their products, knowing of the danger it posed, responsible for the consequences of their negligent actions.