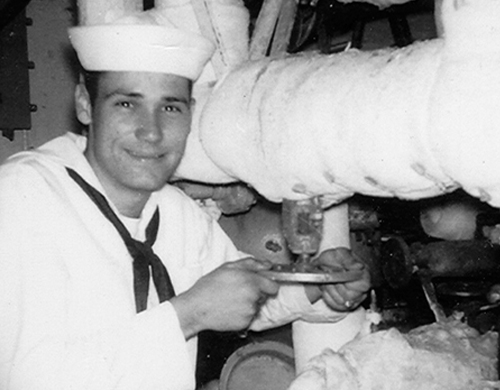 For Vietnam veterans who served aboard ship in the Navy, asbestos exposure was virtually unavoidable. Particularly for those who worked in the confines of the engine room on insulated equipment, exposure to asbestos gaskets, packing, blankets, and insulation was a daily occurrence. Back in the 1960s and 1970s, sailors did not realize that the asbestos surrounding them aboard ship could lead to the development of mesothelioma decades later. Today, doctors and scientists are still searching for a cure for the asbestos-related cancer, which is invariably fatal. One promising new mesothelioma treatment may be the drug galinpepimut-S, for which the U.S. Food & Drug Administration has reportedly granted fast-track status.

Galinpepimut-S, developed by SELLAS Life Sciences Group, is a late clinical-stage immunotherapy. Forty pleural mesothelioma patients were evaluated in a randomized, placebo-controlled, double-blind phase 2 study. The patients received treatment at The University of Texas MD Anderson Cancer Center in Houston and Memorial Sloan-Kettering Cancer Center in New York. The median survival time of the mesothelioma patients receiving galinpepimut-S was 24.8 months. In contrast, those in the control group had a median survival time of just 16.6 months. Patients who were treated with galinpepimut-S following a full tumor resection received the greatest survival benefit.

Treatment with galinpepimut-S also led to CD4–positive and CD8–positive T-cell activation. In addition, studies thus far reveal a positive safety performance and indicate that most patients are able to tolerate the drug sufficiently well.

Phase 3 testing for pleural mesothelioma patients is planned to start in the second half of 2017.

Why Are Navy Veterans at Particular Risk for Mesothelioma?

In vessels used by the U.S. Navy, asbestos products provided an economical and effective way to insulate all the high-heat equipment and piping aboard ship. Insulated equipment included pumps, valves, and turbines. American manufacturers profited greatly from having the Navy as a large, reliable and well-funded client. By the time of the Vietnam War in the 1960s, asbestos and equipment manufacturers were well-acquainted with the hazards of asbestos, including the fact that it causes cancer and mesothelioma. Yet manufacturers did little or nothing to warn the young sailors in harm’s way that exposure to asbestos could be deadly.

“It is no accident that Vietnam veterans who served their country loyally are now dying from mesothelioma,” explains Waters Kraus &amp; Paul partner Gary Paul. “Asbestos and equipment manufacturers made a conscious choice not to warn about the dangers of their products.”

Pump and valve manufacturers outfitted their equipment at the factory with asbestos gaskets and packing. They knew these asbestos products would have to be changed out periodically. They knew that gasket replacement was a dirty, dusty process. Manufacturers recommended or even required that asbestos replacement parts be used. They published instructions on how to perform the task. But they never warned the young sailors they knew would be doing the work that Navy asbestos exposure could kill them.