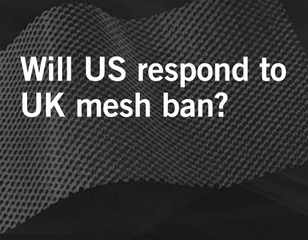 UK health institute is to recommend that vaginal mesh operation be banned from treating organ prolapse in England.

The BBC reports that the UK’s National Institute for Health and Care Excellence (NICE) may recommend that vaginal mesh medical devices be banned for general use and used only for research.  These mesh products are intended to treat a common condition known as pelvic organ prolapse (POP).

What is Pelvic Organ Prolapse?

POP often occurs after pregnancy and childbirth when the pelvic floor tissues holding up the uterus, bladder and bowel become weakened or stretched, usually from pregnancy and childbirth. Lacking support, these organs descend from the normal position and bulge into the vagina. Weakened pelvic muscles also cause up to 35 percent of all women to suffer with stress urinary incontinence (SUI), in which they lose bladder control while laughing, coughing, or lifting something heavy. An estimated 200,000 American women undergo surgery following childbirth to treat POP each year

For some women, mesh has caused more problems than it has solved. Figures obtained by the Guardian suggest that around one in 15 women fitted with the most common type of mesh support later require surgery to have it extracted due to complications.

The issues with transvaginal mesh are two-pronged.

Because transvaginal mesh is considered a permanent implant, surgery to remove the mesh can be difficult and may increase a woman’s risk of additional complications or symptoms. Over time, the tissue grows into and around the mesh, so removing the mesh without damaging the surrounding tissue and organs is a delicate process.

These mesh implants have been controversial in the United States as well. Nearly 55,000 people are suing Johnson & Johnson, a major manufacturer of the product. Class-action lawsuits against the company have been filed in multiple countries.

In 2011, the U.S. Food and Drug Administration (FDA) issued a safety communication stating that the use of transvaginal mesh may put women at a higher risk of complications without increased benefit to their quality of life. Some noted cases of vaginal scarring and mesh erosion led to a significant decrease in patient quality of life due to discomfort and pain, including painful intercourse (dyspareunia). As a result of these issues and others, the agency has reclassified both transvaginal mesh and the instruments used with it to categories that give the FDA more oversight. However, even with all of these serious complications, no steps to outright ban transvaginal mesh in the U.S. have been taken.

If you have been injured by a defective medical device, such as transvaginal mesh, you may be entitled to compensation. The transvaginal mesh attorneys at Waters Kraus & Paul will aggressively pursue the justice that you deserve. Email us or call 800.226.9880 to discuss your potential medical device injury claim.