Defense contractors that knowingly bill direct costs for nongovernmental projects, such as labor and materials, to cost pools for federal projects are committing fraud.

What if you contracted to have work performed for your home or business but discovered that your contractor billed you for work that he actually performed for someone else or for unrelated business development expenses? You would either refuse to pay the invoice or, if you discover the fraud after you paid the bill, you would demand repayment and possibly take legal action if necessary.

Unfortunately, this hypothetical situation is not unlike the sort of fraudulent activities that some defense contractors commit when billing the federal government. Because military defense contracts are typically in the millions of dollars and involve complex accounting practices, contractors sometimes try to pass off costs to the government that they or their subcontractors should either absorb as the cost of doing business or bill to nongovernmental projects.

Taxpayers have the right to expect defense contractors to follow the rules and not bill the government for expenses that are not related to defense contracts. For this reason, contractors are required by law to follow certain accounting procedures and are prohibited from seeking reimbursement for certain types of costs.

Whistleblowers who are privy to contractors who violate these accounting practices can help the government recover taxpayer monies by pursuing a False Claims Act case. For their role in helping to recoup government funds and maintaining the integrity of federal defense programs, they may also be entitled to a share of the recovery.

Examples of defense contractors that knowingly bill direct costs for nongovernmental projects to cost pools for federal projects include the following:

Lockheed Martin Corporation, the world’s largest defense contractor, in 2010 settled a False Claims Act case with the U.S. government for $10.28 million. The claims were based on allegations that between 1996 and 2000, the defense contractor’s aircraft manufacturing division in Marietta, Georgia, inflated the overhead rates it charged to government contracts to cover charges related to a separate commercial contract with another company.

According to the allegations in the lawsuit, Lockheed Martin mischarged the U.S. Air Force and U.S. Navy for costs that were, in reality, tied to a commercial contract that the company had with an Italian aerospace company. Lockheed allegedly charged the cost of business development, proposal costs, and other selling costs related to the commercial contract to cost accounts for contracts with the U.S. government.

Raytheon pays $2.7 million to settle claims that it mischarged marketing costs to the U.S. government

The Cost Accounting Standards of the Federal Acquisition Regulations require that the allocation of foreign marketing costs, like those of Raytheon’s, be billed to contracts between the contractor and foreign customers. Domestic marketing costs, under the regulations, are to be allocated to U.S. government contracts.

The lawsuit asserted that Raytheon violated the regulations by improperly classifying the costs of the company’s foreign marketing activities as “division administration,” thus impermissibly allocating the costs to U.S. government contracts.

Defense contractors commit fraud when they charge costs unrelated to and not allowed under the terms of their contracts with the government.

Whistleblowers can help expose such illegal accounting practices. Whistleblowers who are aware of contractors who engage in improper accounting practices in order to illegally bill the government for costs to which they are not entitled can help stop such fraud by filing False Claims Act cases. Individuals who step forward to bring such wrongdoing to light help save taxpayer dollars and ensure that monies allocated for the military are used as intended.

With a national presence and in-depth experience fighting fraud against the government, Waters Kraus & Paul, LLP, provides aggressive representation of whistleblowers in qui tam actions and related complaints. The firm currently represents whistleblowers seeking to recover funds on behalf of the federal and state governments in a variety of cases, which may involve defendants such as large pharmaceutical companies, government contractors, school district contractors, and hospice and nursing home care providers.

To learn more about qui tam representation at Waters Kraus & Paul, or to have one of our attorneys review your potential case, email us or call 800.226.9880.

How Does the False Claims Act Work?

May 10, 2022 Last year, whistleblowers led the way to over $1.6 billion in False Claims Act recoveries, continuing a long legacy of ordinary citizens fighting for what’s right since the United States’ first qui tam whistleblower law was passed in 1778. But… 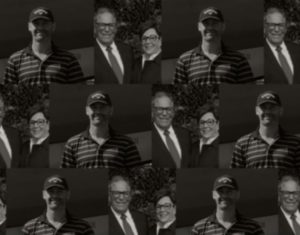 April 27, 2022 Waters Kraus & Paul founder Peter Kraus and partner Gary Paul have been recognized as Best Lawyers in America. Recognition by Best Lawyers® is based entirely on confidential peer review, reflecting the opinions of leading lawyers about the professional abilities of their colleagues within the same geographical areas and legal practice areas. Lawyers must be in private practice to be recognized. Peter Kraus Mr. Kraus is a founding and managing partner of Waters Kraus & Paul, a national law firm devoted to helping families in personal injury and wrongful death cases. A Dallas native, he earned his bachelor’s degree from…