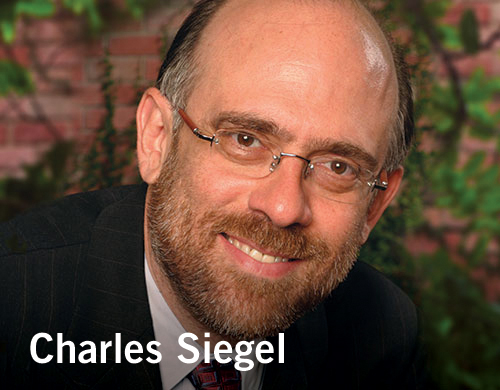 DALLAS, TX and ATLANTA, GA — Energy & Process Corporation (E&P) has agreed to pay the United States $4.6 million to settle whistleblower allegations that the company provided defective rebar for the construction of a government-owned nuclear waste treatment facility, as well as other False Claims Act violations. The lawsuit was filed by whistleblower Deborah Cook who is represented by Charles Siegel, a partner at Waters & Kraus, LLP, Charles D. “Chuck” Gabriel a member of Chalmers Pak Burch & Adams LLC, Atlanta, and Dan Hargrove of The Hargrove Law Firm, San Antonio.

In 1999, the government contracted with a firm to design and build the MOX Facility, which is located on the border of Georgia and South Carolina. The company hired E&P as a subcontractor to supply the necessary steel reinforcing bars, or rebar. E&P agreed to take all of the necessary steps to comply with the regulations and ensure that their materials met the stringent standards and quality assurance requirements needed for such a facility to withstand natural disasters and extreme conditions. The lawsuit addressed E&P’s alleged false certifications of compliance.

The rebar whistleblower, Deborah Cook, was a procurement and subcontract specialist who worked for the prime contractor. Ms. Cook was hired by the prime contractor in 2007 to manage subcontractor compliance and by January 2008 she had discovered that E&P had allegedly knowingly failed to perform the mandatory quality assurance procedures for the rebar supplied to the project and paid for by the Government. She brought her findings to her superiors. In the midst of that review, a section of rebar shattered at the construction site when hammered by a worker. The incident prompted the prime contractor and Ms. Cook, and then the Government, to conduct further investigation into the quality assurance work performed by E&P. The lawsuit alleges that the government was supplied with defective rebar. The prime contractor has since removed all of the defective material from the site and the facility remains under construction.

The qui tam provisions of the False Claims Act allow private citizens, such as Ms. Cook, to file suit on behalf of the government and share in any recovery. The lawsuit was filed in the Northern District of Georgia and is captioned U.S. ex rel. Cook v. Shaw Areva Mox Services, LLC, et al., Case No. 01:13-cv-4023 (N.D.Ga.) Subsequently, the U. S. Government intervened and prosecuted the case to its conclusion. [See press release of the USAO, Atlanta]

With decades of combined experience in high-stakes civil and criminal litigation, Chalmers Pak Burch & Adams provides individuals and corporations with comprehensive litigation support, representing them aggressively in the court of law as well as in the court of public opinion. Our team of experienced trial attorneys has successfully handled high-profile and complex matters in both federal and state courts. Our goal is to provide creative, cost-effective and high quality solutions, with success measured by our ability to achieve each client’s unique goals. We know what it takes to win, both inside and outside of the courtroom. Visit CPBA at www.cpblawgroup.com, or contact us at 678-582-8900.

Waters & Kraus is a national plaintiffs’ firm with lawyers litigating complex civil matters as well as practicing qui tam whistleblower litigation and False Claims Act litigation nationwide. Based in Dallas, Texas, the firm has offices in Los Angeles, California and by appointment in Illinois. Our attorneys represent whistleblowers exposing fraud and false claims against the government in a variety of matters including government contractor fraud and procurement fraud, healthcare fraud, assisted living fraud, SEC fraud, and Foreign Corrupt Practices Act (FCPA) violations. Contact us at 800.226.9880 to learn more about our practice and our qui tam attorneys.