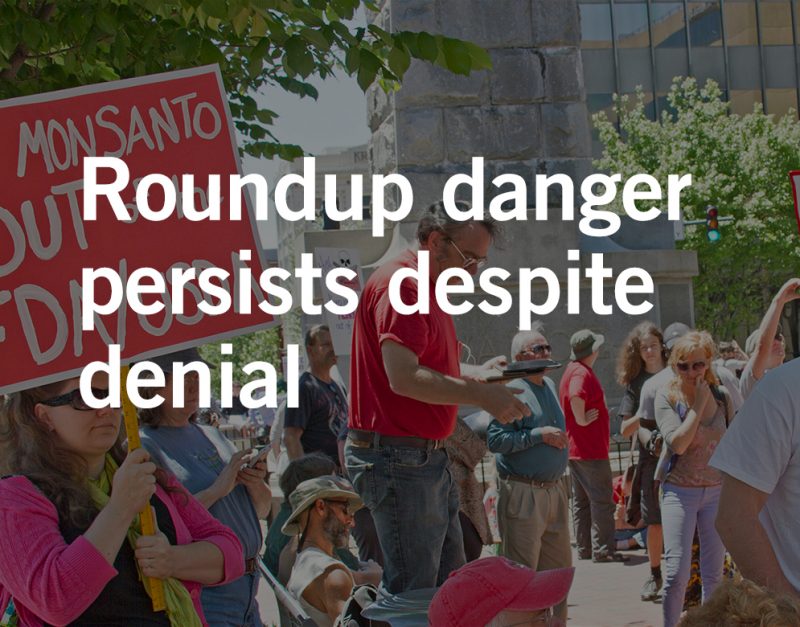 Monsanto lawsuits expose the connection between exposure to glyphosate and cancer, prompting discontinued sales of Roundup herbicide and pesticide bans.

After three massive Monsanto Roundup lawsuits concluded in the past year linking the herbicide’s main ingredient, glyphosate, to cancer, some stores and cities are moving to ban Roundup. Meanwhile, Monsanto maintains that their product is completely safe and continues to fight the other 13,400 cases alleging that their herbicide causes cancer.

Despite Monsanto’s position, the International Agency for Research on Cancer classified glyphosate as a probable human carcinogen in 2015. And earlier this year, researchers determined that there is a compelling link between exposures to glyphosate-based herbicides and increased risk for non-Hodgkin’s lymphoma (NHL).

Monsanto Lawsuit Leads Jury to Find It Contributed to Cancer

After recent Roundup lawsuits, some retailers in Georgia started to discontinue carrying product according to the Atlanta Journal-Constitution. Home Depot and Lowe’s still carry Roundup herbicide, whereas Costco dropped sales. Even insurance companies show signs of skepticism regarding the safety of Roundup herbicide. One agriculture product supplier discontinued sales after they had trouble finding an insurer that would cover the liability associated with glyphosate claims. When questioned about the safety of their product, Monsanto hides behind the Environmental Protection Agency (EPA) and their conclusion that Roundup herbicide was “not likely” a carcinogen. The International Agency for Research on Cancer challenged this when they classified glyphosate as “probably carcinogenic to humans.”

For years, many cities across the U.S. have stressed the importance of using organic products and explored substitutes to replace Roundup and other herbicides. Carlsbad, California, implemented an “organics first” policy, making organic pesticides the preferred choice for lawn and vegetation management. In Colorado, the City of Durango adopted an Organically Managed Lands Program with the goal of minimizing synthetic products and pesticides. Other cities like Encinitas, California, and Boulder, Colorado, have completely banned the use of Roundup and glyphosate-based products in city parks. In Miami, Florida, officials banned the use of herbicides containing glyphosate, while the Town Council in Fort Myers is in the process of drafting an ordinance to ban Roundup herbicide this year.

Seek justice with the help of our experienced attorneys. Our Dallas, Texas law firm has battled corporate giants on behalf of individuals like you for 20 years, aggressively fighting to hold those responsible for dangerous chemicals and the cancers and personal injuries they cause. If you have suffered catastrophic injury caused by Monsanto’s Roundup or other harmful chemicals, we can help.