Shouldn’t Pesticides be Banned if the EPA Knows they Cause Birth Defects? 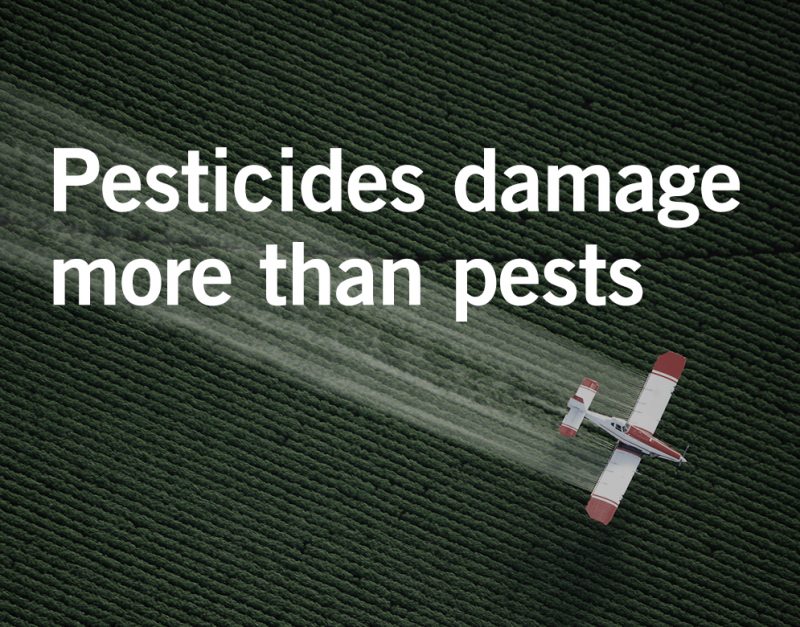 Chlorpyrifos is a substance made by Dow Chemical found in pesticides widely used on produce eaten by Americans every day. It’s applied to more than half of all apple and broccoli crops in the US. An additional 6 to 10 million pounds is sprayed on corn, onions, asparagus, strawberries, soybeans, peaches, cranberries, and walnuts. It’s purpose? To kill ants and fight the fruit tree killer insect— – the Asian citrus psyllid.

The U.S. Environmental Protection Agency knows that exposing pregnant women to the chemical can cause birth defects. And yet…it is still legal. Why? It’s simple—chemical company lobbying. But, why is Dow still producing and marketing the chemical? And why are farmers using it on crops, putting their pickers and other field hands as well as end-customers, at risk?

What birth defects can chlorpyrifos cause?

Autism, for one. A 2014 study found that babies exposed to pesticides during pregnancy had a significantly increased risk of autism. In November 2016, the EPA released a report saying the chemical can cause “delays in mental development in infants, [and] attention problems and autism spectrum disorder in early childhood” when the mother is exposed to chlorpyrifos during pregnancy. Earlier studies prove chlorpyrifos poisonings, 7,000 of which were recorded back in 1996, cause twitching, tremors, slurred speech, paralysis and even death.

If chlorpyrifos is dangerous, why isn’t it banned?

Oddly enough, home use was supposed to be eliminated in 2001. Usage of chlorpyrifos was to be prohibited for home lawns, indoor pest control, direct application to pets, and in public places where children could be exposed such as parks and schools. However, it is still being heavily used on crops. Residues both on food and in drinking water exceed the safety standard. The report indicates 1- and 2-year old children risk exposures that are 14,000 percent above the level the agency believes to be safe from food alone. The EPA clearly states the chemical poses risks to the workers who mix, load, and apply the pesticides. They highly suspect it’s harmful to field workers who are exposed to sprayed fruit and vegetables. They’ve also proven it’s hurting wildlife. But, their response? Watch, do more studies and make a new decision in 2022. How many more babies will be born with special needs as a result of being exposed to pesticides during pregnancy until then?

As for Dow, it is still actively selling the chemical, making products such as pesticides which contain it, and going so far as to market those products as safe. The company refuses to admit any wrongdoing, even after paying for damages.

Farm owners have just as much responsibility. The EPA report is a public study. They could decide the health of their farm workers, fruit pickers, and their unborn children is more important than cheap pesticide. They could at least take maximum precautions with protective gear and extreme safety measures for people exposed to the toxic chemical.

What can you do to protect your children?

You have a choice in what food you buy. Will you continue to eat produce from farms which use chlorpyrifos? If you are pregnant, use maximum precaution in avoiding fields where the pesticide is applied. If you are working on farms which use pesticides, insist upon extreme protection. And help spread the word. Sharing this article is a good start.

Do you think you’ve been exposed to chlorpyrifos at work while pregnant?
If you have a child with birth defects or cancer and you worked on a farm, contact the birth defect attorneys at Waters Kraus & Paul at 1.800.226.9880. We have been representing people who have suffered as a result of toxic exposure for more than twenty years. Learn how our birth defect lawyers can help you fight companies who refuse to discontinue the use of pesticides known to be harmful to children.