Silicosis on the Rise in the Fracking Industry 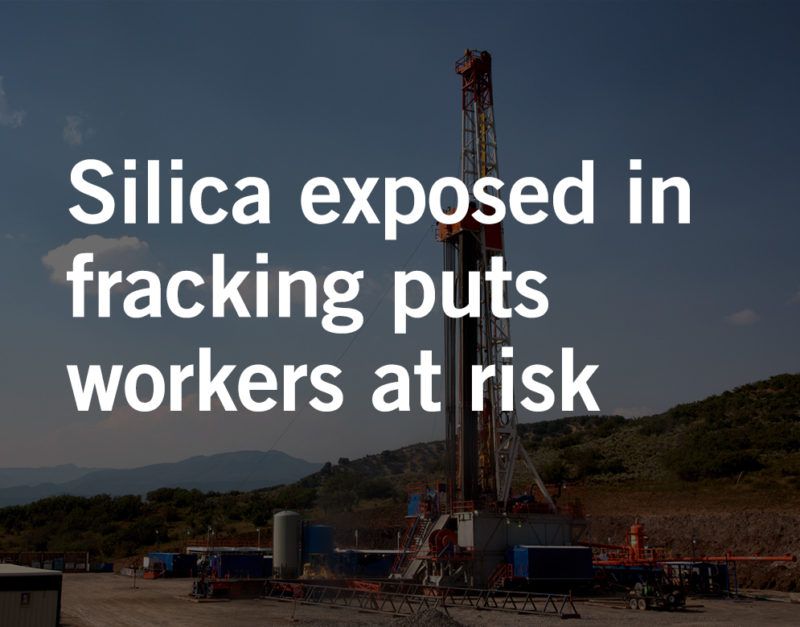 “Fracking” is the common name for a now widely used process to extract oil and gas – hydraulic fracturing. Though it has existed for well over 60 years, the drilling technique only took center stage in the last decade with the improvement of technologies. As of 2019, the industry has made the United States a major crude oil exporter. However, any economic benefits gained from fracking so far seem to be outweighed by the serious human health risks, including the development of silicosis, faced when pumping large volumes of high-pressure water and sand into a well.

While many silicosis cases are linked to patients who work cutting countertops, manufactured stone is not the only modern-day source of this lung disease. Eric Esswein, a researcher with the National Institute for Occupational Safety and Health (OSHA), got to see fracking in action for himself. He noticed all the dust brought on from big machines used to haul sand – a critical part of fracking. After workers drill down into the earth, they create fractures in the rock by pumping in a mixture of water, chemicals, and sand. That sand keeps the cracks propped open so that oil and gas are released. But that sand is basically silica, and inhaling silica is one of the oldest known workplace dangers. Just as engineered stoneworkers are exposed to tiny silica particles shown to lead to severe diseases like silicosis, so are workers in the growing fracking industry. It’s clear now that hydraulic fracturing-silicosis is a new normal.

Esswein and his colleagues visited 11 fracking locations in five states: Arkansas, Colorado, North Dakota, Pennsylvania, and Texas. At every site they visited, researchers found high levels of silica dust in the air. It turned out that 79 percent of the collected samples exceeded the recommended silica exposure limit set by OSHA. While Esswein noted that workers wore respirators at every site, about one-third of the air samples collected had such high levels of silica dust, the type of respirators typically worn wouldn’t offer enough protection.

Were you exposed to dangerous silica dust?
Know your rights.

The Danger of Developing Silicosis

At this stage, there is no denying that over-exposure to silica dust causes irreversible scarring of the lungs, known as silicosis. Of the 2.2 million American workers exposed to this hazard, nearly 300,000 are in the fracking industry. Unfortunately, the silicosis progression typically takes 10 to 30 years after the initial exposure to develop, making it difficult to diagnose on-site. Over time, lung capacity decreases, and many may need supplementary oxygen and other devices to help them breathe.

In some silicosis cases, the scarring can be so grave that it leads to a form of severe fibrosis, known as Progressive Massive Fibrosis (PMF). It is also called accelerated silicosis. Having silicosis also increases the risk of other problems, including tuberculosis, lung cancer, and chronic bronchitis.