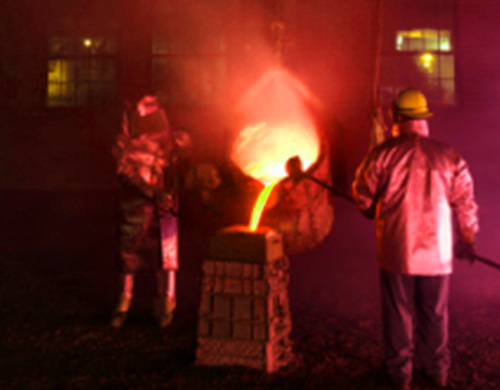 Pittsburgh’s U.S. Steel has been fined $170,000 for exposing seven workers to asbestos hazards. According to Scott Frost, a partner with the mesothelioma law firm Waters Kraus & Paul, steel mill employees have been heavily exposed to asbestos on the job for decades. As a result, they are at risk for developing pleural mesothelioma, a fatal cancer of the lining of the lung that is nearly always associated with asbestos exposure. In February, five Pennsylvania steelworkers were put at risk when they were instructed to remove and replace asbestos packing material. In March, two workers were exposed to asbestos when they were ordered to remove a section of asbestos pipe. After conducting an investigation, the U.S. Occupational Safety and Health Administration (OSHA) determined that U.S. Steel had committed ten separate safety violations and imposed a penalty of $170,000.

Unfortunately, the asbestos violations are just the latest chapter in a continuing saga of unsafe working conditions for steelworkers. Twice since 2011, U.S. Steel has received OSHA citations related to asbestos. The steel manufacturer reportedly chose not to inform its workers that asbestos was present, or to train them in proper asbestos handling methods. In addition, the company failed to rope off the area or to use safe asbestos disposal procedures.

Mr. Frost explains that asbestos hazards have been ignored not just by Pennsylvania steel mills, but also by the manufacturers that supplied the mills with asbestos products. In steel mills, in particular, workers were exposed to asbestos-containing “hot tops.” During the steel-making process, workers pour molten steel into metal castings to create steel ingots. To prevent the steel from sticking to the castings, they would use hot tops — asbestos-containing boards and cement specially made to line the molds. The hot tops would disintegrate after coming into contact with the hot steel, so they could be used only one time. As a result, steelworkers were constantly working with the products. Before they poured the steel, the workers had to line the castings with the asbestos hot tops. After the steel had hardened, they had to remove the dust residue from the steel ingots. Mr. Frost, who practices in California with the mesothelioma law firm Waters Kraus & Paul, describes the work as dusty and dangerous, not just for those working hands-on with the hot tops, but also for other workers in the area.

For years, hot tops manufacturers chose not to warn workers about the dangers of asbestos, even though the companies knew of the risks. The tragedy is that after years of exposure to the dangerous products, many former American steelworkers have now developed mesothelioma.