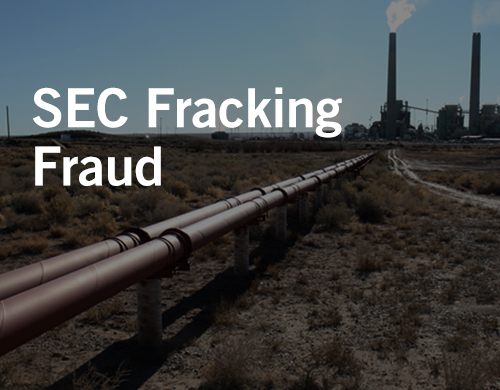 Chris Faulkner — the self-styled “Frack Master” of Dallas — has been charged by the Securities and Exchange Commission (SEC) in an alleged $80 million oil and gas securities fraud scheme. According to the SEC, Faulkner was the ringleader of a scam that circulated phony offering materials, siphoned off investor funds and tried to manipulate the stock price of Faulkner’s oil and gas company, Breitling Energy Corporation (BECC). As investors poured their funds into the operation, Faulkner allegedly extracted the cash to support his luxurious lifestyle. “Honest, hardworking employees get angry when they see company officials bilking investors to pay for vacation homes, jewelry or extravagant travel,” says Charles Siegel, a partner with Dallas whistleblower lawyers, Waters Kraus & Paul. “Many of the whistleblowers we represent are just fed up with the greed.”

Alleged Fraudster Deceived Investors and Diverted $30 Million to Personal Use

In its complaint, the SEC alleges that Faulkner’s scheme began in 2011 with a privately-held company, Breitling Oil and Gas Corporation (BOG). While soliciting investments for “turnkey” oil and gas working interests, Faulkner and his co-owners allegedly filled their offering materials with misleading information about drilling costs, Faulkner’s experience and how investment funds would be spent. The materials also allegedly included baseless production projections in reports authored by a geologist whose affiliation with BOG was undisclosed. The deceptions allegedly continued when BECC became BOG’s successor. All told, BOG and its related entities took in more than $80 million from investors in this alleged securities fraud scheme.

Faulkner is alleged to have misappropriated at least $30 million of that amount to finance a high-flying lifestyle that included personal escorts, jewelry, international travel, expensive, cars and entertainment.

In addition to leveling misappropriation charges against Faulkner, the SEC has also alleged that Faulkner and others misrepresented the company’s performance in publicly filed documents, concocted a scheme to manipulate BECC’s stock price and lied to auditors.

Securities fraud harms investors in a number of ways. Obviously, investors are harmed when their funds are diverted from the company to pay for an executive’s escorts and fast cars. Deceptive or misleading publicly-filed reports are just as damaging, however, because they deprive investors of reliable information needed for making investment decisions. To protect investors from all sorts of SEC fraud, the Dodd-Frank Wall Street Reform and Consumer Protection Act (Dodd-Frank Act) of 2010 instituted a financial fraud whistleblower program. Employees with first-hand knowledge who notify the SEC about fraudulent schemes may be generously rewarded for their courage. Recently, the SEC awarded one whistleblower $4 million. And in August, the SEC awarded $22 million to a company-employee who stepped forward to reveal the employer’s well-hidden securities fraud scheme.

Contact Waters Kraus & Paul by email or call us at 800.226.9880 to learn how we can assist you with a whistleblower or Medicaid fraud lawsuit.