The Terrifying Truth Behind the EPA’s Enlist Duo Decision 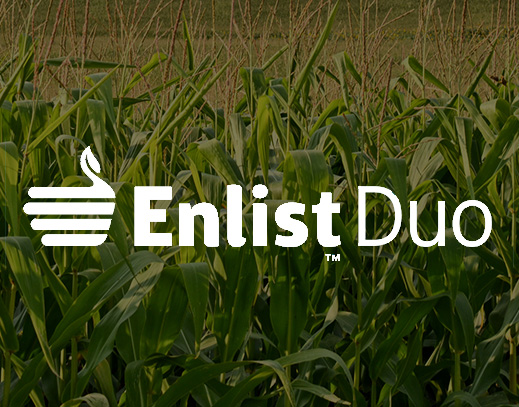 A recent decision by the U.S. Environmental Protection Agency (EPA) threatens to put farmworkers and their families’ lives in grave danger. Despite ample evidence of clear and present danger, the EPA has approved expanding the use of a weedkiller containing chemicals known for causing birth defects and cancer. This weedkiller is known as Enlist Duo and is an herbicide used on genetically modified organisms (GMOs), specifically corn and soybean plants.

As of January 2017, the EPA has expanded the geography for application of Enlist Duo herbicide from 15 to 34 states. This means that farmers can apply Enlist Duo on the majority of corn and soybean crops in the United States. This growth has devastating implications for the corn and soybean farmworkers that are exposed to this herbicide.

Enlist Duo was originally developed in response to what farmers saw as the growing problem of herbicide resistance in some genetically engineered crops. Enlist Duo is made up of two previously registered herbicides, glyphosate and 2,4-D, a major ingredient in the infamous Agent Orange. Enlist Duo is specifically formulated for use in new strains of corn and soybeans that have been genetically modified to be resistant to other herbicides. In other words, to stop the growth of herbicide resistant weeds, pesticide manufacturers’ solution is for farm-owners to use more powerful herbicides. The same powerful herbicides that the scientific community has argued for decades pose a serious threat to public health and safety.

Enlist Duo is engineered by Dow, the same company that created Agent Orange. Agent Orange was an herbicide used extensively during the Vietnam era. It has been linked to over 400,000 birth defects but has since been banned. However, this new Enlist Duo herbicide made with glyphosate and 2,4-D is still in use and in larger and larger amounts, thanks to the EPA decision.

Dangers of Chemicals in Enlist Duo

In 2015, Dr. Anthony Samsel of the Union of Concerned Scientists and Dr. Stephanie Seneff from M.I.T. compiled a tremendous amount of scientific documents covering decades of sealed glyphosate research. They concluded that glyphosate is undoubtedly one of the most toxic substances ever exposed to the public. This conclusion backed-up years of peer-reviewed research proving that the herbicide has been responsible for reproductive problems such as infertility, miscarriages, and birth defects. It has also illustrated that glyphosate is a causal agent for a variety of cancers including but not limited to brain, breast, prostate, lung, and non-Hodgkin lymphoma.

Along with the proven toxicity of glyphosate, the second herbicide that makes up Enlist Duo, 2,4-D has been linked to birth defects, decreased fertility, and improper thyroid functioning. In 2015, the International Agency for Research on Cancer (IARC) determined 2,4-D to be a “possible human carcinogen.” This classification was based on assessments of animal studies that linked both herbicides to increases in malignant tumors and birth defects. The studies showed the more the animal was exposed to the chemical, the more likely they were to develop malignant tumors, birth defects, and reproductive problems.

With the EPA’s decision allowing farmers to expand the use of Enlist Duo, farmworkers’ risk of exposure to 2,4-D will inevitably rise. The USDA has admitted that approval of the new GMO crops will cause the use of 2,4,-D on farms to skyrocket from 26 million pounds to 176 million pounds. Dow’s 2,4-D is already the seventh largest source of dioxins in the U.S. Dioxins are highly toxic compounds produced as a byproduct of using the herbicide. Dioxins build up in human tissue and have been described by the World Health Organization (WHO) as “persistent environmental pollutants” that are “highly toxic and can cause reproductive and developmental problems.”

What is most frightening about of these toxic herbicides is that there is no information as to how the combination of 2,4-D and glyphosate will affect human health. The hazardous implications of these studies have been the cause of tremendous concern throughout the scientific and medical community. They have even led the New England Journal of Medicine and Center for Food Safety to urge the EPA to delay permitting the use of Enlist Duo altogether.

With about 70-80% of foods currently on grocery store shelves containing GMOs, the demand for GMO foods and the use of herbicides, like Enlist Duo, will increase. As the use of herbicides increases, it is more important than ever to properly protect the farmworkers that are exposed to this toxic chemical on a daily basis.  Farm-owners using Enlist Duo have a responsibility to educate themselves on the known dangers of this herbicide. Farm-owners also have a responsibility to take the proper precautions to ensure their farmworkers’ health and safety come before profit.