The Valiant Impact of Female Plaintiffs and Directors 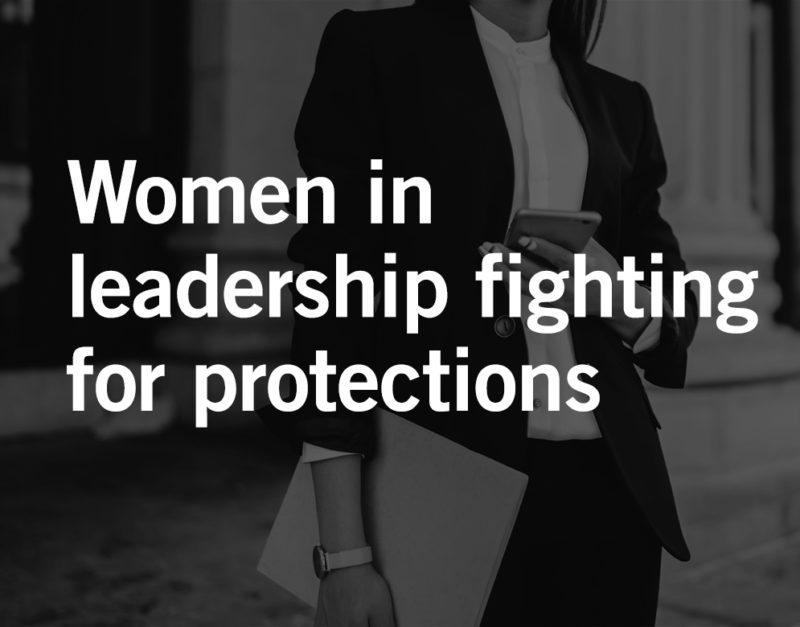 It hasn’t been long since a report released by the American Association for Justice (AAJ) profiled some of the most harmful products that have been marketed to women for decades. As far back as the 1880s, American manufactures have disproportionately exposed women to dangerous drugs, products, and even medical devices that “tear them apart from the inside out.” Historically, corporations have adopted a tactic of exploiting women in order to gain profit for their unsafe and often toxic products. The belief was that women were “constitutionally weaker than men,” especially before the onset of the 21st century and certainly before the passing of the 19th Amendment.

In modern times, women have legally fought back to have these corporations compensate them for health risks such as ovarian cancer from talc exposure or pelvic injuries from transvaginal mesh. By virtue of the numerous tragedies caused by corporate greed, and in honor of Women’s Equality Day, these trends must be exposed for what they are – a danger to women’s health.

For the better part of 45 years, the World Health Organization has recognized that there is “no safe level of exposure to asbestos.” While most people exposed never develop cancer, for some individuals, even the smallest amounts of asbestos are enough to trigger diseases like mesothelioma, or in the case of exposed women, ovarian cancer. Johnson & Johnson’s (J&J) asbestos-tainted talcum powder, while marketed as gentle enough to use on babies, was purchased by women to prevent chafing between the legs. The truth behind what was in the mineral-based powder was hidden for a long time by the multibillion-dollar conglomerate. Still, thousands of women eventually began coming forward, claiming that the product was linked to their cancer. Studies since then have supported those claims. And in a long-overdue statement from its representatives, J&J announced on May 19, 2020, that its toxic talc-based powder would be discontinued in the U.S. and Canada.

The Dangers of Medical Devices

With each wave of medical progression, doctors acquire various new practices with the help of innovative products. But where once medical implant devices seemed like viable solutions for some physiological problems like pelvic organ prolapse (POP) or stress urinary incontinence (SUI), now they are found to yield serious injuries. One notable example includes transvaginal mesh – a device manufactured from synthetic or biological material, often polypropylene, to treat such prevalent conditions among women. Despite known dangers from implanting the device, companies continue to profit from women seeking solutions for their health issues. In 2010 alone, around 75,000 women underwent POP repair surgery in which surgical mesh was inserted transvaginally.

The problems with transvaginal mesh are two-fold. First, the product itself is defective. Second, the device makers do not adequately inform surgeons of the risks involved nor train them on the device’s proper use. As a result, thousands of women experience severe complications, including erosion of the product and its migration through the vaginal wall. These complications can lead to excruciating pain, infections, and hemorrhages. While additional surgeries can correct the problem, skilled and experienced surgeons willing to perform the procedure are hard to come by.

It’s no secret that manufacturers continue to expose consumers to toxins and serious health risks even with growing public awareness about their practices. These days, product recalls number in the thousands each year. And according to a recent study, this is due to the influence of female acting directors in many corporations around the country. “The Influence of Female Directors on Product Recall Decisions” reveals that companies with more female board members recall products with high severity issues 35% faster than boards without females. Dr. Kaitlin Wowak, the lead author of the study, explained that the results show that “there is a difference in very real and important outcomes between firms who add women to their boards and those who don’t.”