U.S. Veterans’ Leukemia Diagnoses May Be a Result of Military-Wide “Solvent” Usage and Other Benzene-Related Exposure 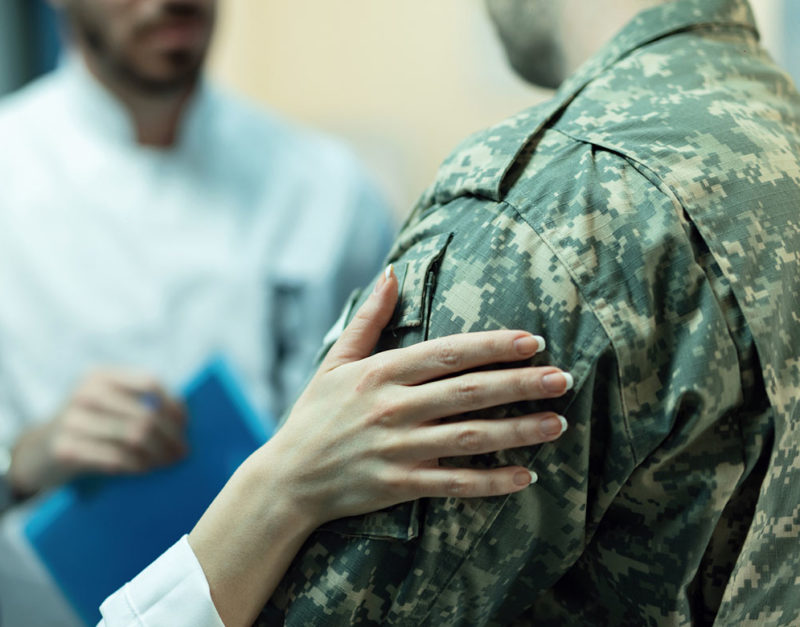 It can take years after exposure to benzene for acute diseases like leukemia to appear. But studies show there is a link, and Gail Trauco, an oncology nurse and a longtime patient advocate, is leading a team of medical experts to support veterans who have been exposed to benzene products like “Solvent” during military active duty.

Benzene is an aromatic hydrocarbon, a highly flammable colorless liquid chemical with a sweet, gasoline-like odor. It has been in use since the late 1800s as an industrial chemical and is now among the top 20 most used chemicals in the United States. Among its many uses, it is a component of jet and vehicle fuels and of all-purpose cleaners and degreasers for machinery and a byproduct of waste disposal in burn pits.

Benzene is the chief component of “Solvent,” also known as PD 680 Type II, commonly sold as mineral spirits and used widely as a cleaner for household and military purposes. Originally, it was considered a safer version of other benzene products because its vapor had fewer hydrocarbons and thus was approved for military use. However, prolonged inhalation has proved to be harmful, causing damage to the brain and nervous system, and potentially causing blood diseases that are precursors to leukemia. Since 2010, “Solvent” has been replaced by MIL PRF 680 Type II.

What Are the Studies Finding?

Because benzene is a significant ingredient, “Solvent” can cause similar health issues as benzene itself.

According to an article by Robert Snyder for the International Journal of Environmental Research and Public Health, for more than 100 years, prolonged exposure to benzene has been known to damage bone marrow, resulting in aplastic anemia. Since the late 1900s, several studies have shown excessive exposure to benzene can lead to leukemia.

A 2014 study published in Scientific Reports found that although it can take years for acute myeloid leukemia to appear after exposure to benzene, there is a significantly increased rate of leukemia in people with long-term exposure when compared to people who have not been exposed.

The U.S. Department of Veterans Affairs has stated that health impacts depend on exposure to the chemicals. This includes how long a person is exposed, how concentrated the solution, and how it enters the body. These entry points include:

The known negative health effects caused by “Solvent” and other benzene-derived products have prompted legislation to provide health-care support to military personnel and their families who are affected.

In July 2012, the U.S. Senate passed H.R. 1627, officially titled, “Honoring America’s Veterans and Caring for Camp Lejeune Families Act of 2012,” to provide health care to military personnel on active duty at Camp Lejeune between 1957 and 1987 who are now diagnosed with any of the 15 cancers and illnesses, including leukemia, believed to be caused by toxic exposure while living or working on the base.

In April 2021, S. 952, “Presumptive Benefits for War Fighters Exposed to Burn Pits and Other Toxins Act of 2021,” was introduced in the Senate. This bill aims to support military personnel with health problems, including leukemia, related to exposure to burn pits and other toxins while on active duty.

Who Is Most at Risk?

Because anyone exposed to benzene has a potential to acquire leukemia as a result of that exposure, many military personnel are at risk of being diagnosed with blood diseases leading to leukemia. “Solvent,” although it has not been in use since 2010, was customarily used in the military to clean common items such as pistols, rifles, and other weapons.

Other military exposure to benzene products may come from using all-purpose cleaners for machinery, degreasers, and paint thinners, as well as inhaling toxic fumes from burn pits. In April 2021, Military.com reported: “[B]urn pits are referred to as the post-9/11 generation’s Agent Orange.”

How We Help Victims of Benzene Exposure
Seek justice with the help of our experienced benzene attorneys. Our Dallas, Texas, benzene law ﬁrm has battled corporate giants on behalf of individuals like you for 20 years, aggressively ﬁghting to hold them responsible for dangerous chemicals and the personal injuries and cancers they cause. If you have suffered catastrophic injury caused by dangerous products, we can help.