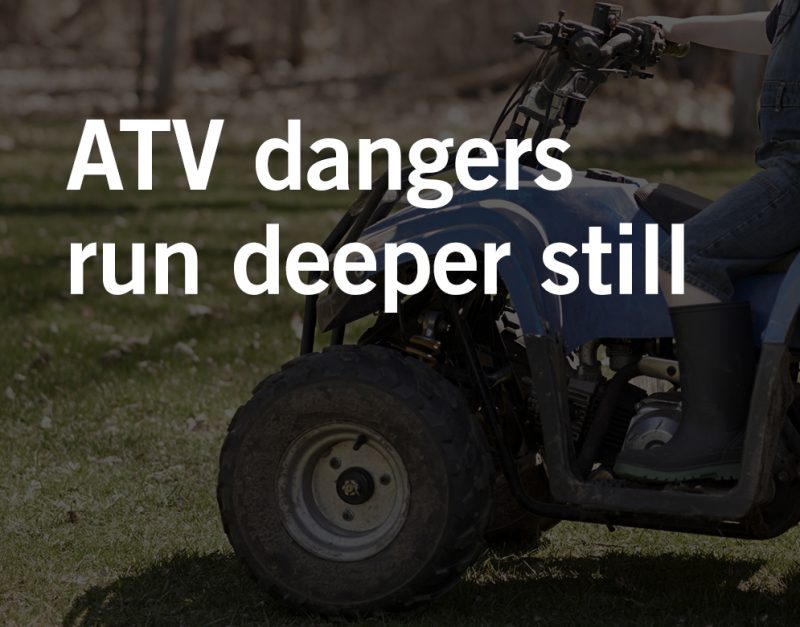 A Whistleblower within Polaris Claims that Children’s Quad Bikes Contaminated with Asbestos Number well over the 15,000 Recalled

A whistleblower within Polaris, a U.S.-based company, alleges that the recall of thousands of children’s quad bikes in Australia because of the potential for asbestos exposure does not cover all of the bikes with contaminated parts. Polaris announced a recall (Link to 1st WK Polaris Article) over the summer of 15,000 quad bikes because certain parts, namely the brakes and brake pedals, were found to be contaminated with asbestos. The whistleblower, an employee of Polaris who was familiar with the product testing that discovered the asbestos contamination, said that the number of vehicles containing asbestos in Australia alone exceeds 22,000.

What is the Concern?

The concern with these quad bikes is that the contamination of certain parts with asbestos could lead to consumers becoming exposed to the deadly mineral. Asbestos is a naturally-occurring fibrous mineral that was widely used through the 1970s for its insulating and fire-retardant properties. However, the mineral’s link to deadly diseases such as pleural mesothelioma and lung cancer has been known since at least the 1930s. Starting in the 1980s, asbestos use was heavily regulated, but not altogether banned. Diseases such as pleural mesothelioma, which are caused by the inhalation of tiny asbestos fibers, have a latency period of up to 50 years – people exposed to asbestos prior to the 1980s may just now be showing symptoms of disease.

Polaris has recalled 15,000 quad bikes because of the concern that the children using the product, or the people repairing it, could become exposed to the asbestos within certain parts. There is no known safe minimum asbestos exposure level, so any amount of exposure to asbestos could potentially cause deadly disease. While the company has claimed that there has been no evidence that users of the product could become exposed to asbestos, the whistleblower alleges that product testing showed much higher levels of asbestos contamination than Polaris has let on.

Additionally, the whistleblower alleges that the possibility of asbestos exposure extends much further than the 40,000 bikes across the world that Polaris has suggested are contaminated. A leaked product list of Polaris bikes allegedly contaminated with asbestos put the total number at over half a million in 70 different countries, including the United States.

Who is to Blame if Consumers are Exposed to Asbestos?

Polaris has blamed the asbestos contamination on its Taiwanese supplier Aeon Motor. Polaris claims Aeon Motor did not meet their quality standards, and that Polaris has subsequently halted all orders from the company. However, now that Polaris is aware of the problem, it has a responsibility to protect consumers from harm. This means recalling all the products that could lead to asbestos exposure for the children using the products or the people repairing them. While asbestos is still allowed for restricted use in the U.S., it should have absolutely no place in products meant for children.