Waters and Kraus Each Named to Best Lawyers in Dallas 2017 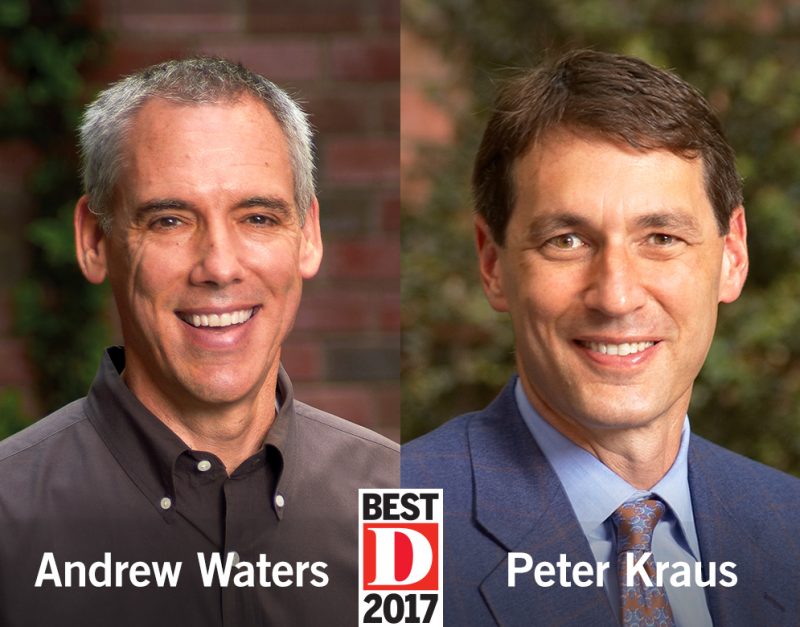 Both C. Andrew Waters and Peter Kraus, founders of Waters & Kraus, LLP, have been selected to appear on D Magazine’s Best Lawyers in Dallas 2017. This list represents the top 4% of the approximate 19,000 lawyers in Dallas and Collin counties, according to statistics from the State Bar of Texas.

D Magazine is an award-winning magazine of Dallas-Fort Worth. Each year, D Magazine compiles a list of lawyers, nominated and voted for by their peers, who “rank among the current best” in their areas of legal practice. D Magazine has recognized Andy Waters and Peter Kraus as top lawyers within their areas of practice.

Andy Waters is a founding partner of Waters & Kraus. He was born in Washington D.C. and earned his bachelor’s and master’s degree from the College of William and Mary. Mr. Waters received his law degree from University of Houston Law Center, and has taught as an adjunct professor there.

Peter Kraus is a founding and managing partner of Waters & Kraus. He is a native of Dallas, Texas, and earned his bachelor’s degree from Duke University and his law degree from the University of Texas.

Mr. Kraus is licensed to practice law in Texas, California, Missouri, and Virginia. His practice focuses on toxic torts, qui tam whistleblower cases, and pharmaceutical injury litigation, where he has returned many multimillion-dollar verdicts. He is involved in steering committees for both U.S. and Texas asbestos multidistrict litigation, and has served on the ABA Commission on Asbestos litigation. In December, 2014, he was appointed by then Senate Majority Leader Harry Reid to serve on the board of the Federal Judicial Center Foundation. Mr. Kraus has been elected for membership in the American Board of Trial Advocates.

Mr. Kraus is active in the community, particularly in the areas of education, medicine, and the legal profession. He is the former chairman of the boards of the Greenhill School and the St. Paul Medical Foundation, and is a current board member of the Southwestern Medical Foundation. He also continues to serve on the board and executive committee at Greenhill, the Board of Governors of the American Association for Justice, and the board of the Texas Trial Lawyers Association.