What are the Most Common Causes of Large Truck Accidents? 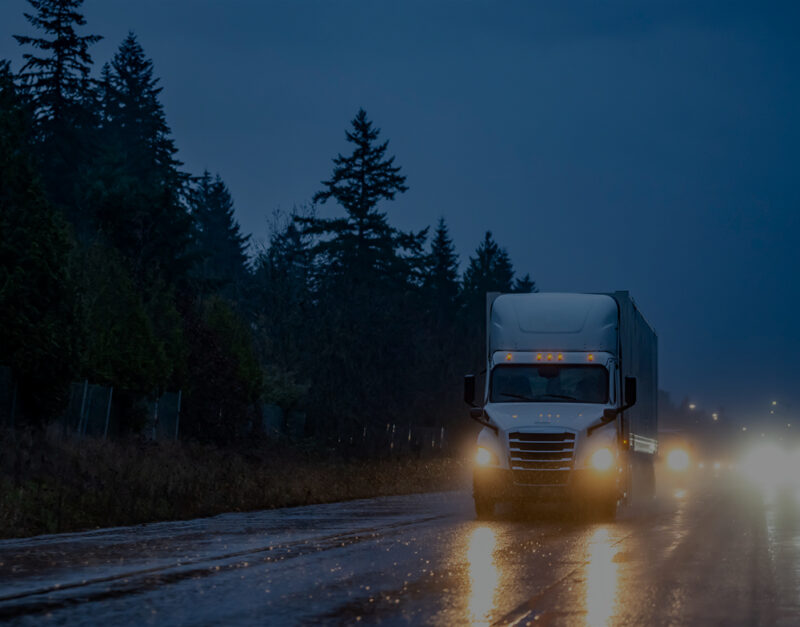 The National Highway Traffic Safety Administration (NHTSA) reported that in 2019 more than 5,000 people were killed and an estimated 159,000 people were injured in crashes involving large trucks. Across the United States, an estimated 538,000 large trucks were part of crashes on a public road or highway, with 75 percent of fatalities involving a truck with a gross vehicle weight rating of 26,000 pounds.

What Is a Large Truck?

A “large truck” is defined as a commercial or noncommercial truck with a gross vehicle weight rating of more than 10,000 pounds, excluding buses and motor homes. For comparison, the average passenger vehicle made in 2020 weighs just over 4,000 pounds.

What Are the Top Causes of Large Truck Accidents?

The NHTSA and the Federal Motor Carrier Safety Administration carried out a Large Truck Crash Causation Study for the period of April 2001 through December 2003. The study examined a sampling of the 120,000 large truck crashes that occurred during this period and resulted in a fatality or an injury.

The study concluded that there were many factors contributing to any vehicle accident, but it noted several key factors that led to a large truck accident that resulted in a fatality or injury. Driver error and vehicle malfunction were considered significant contributors to both fatal and injury crashes.

The study pointed out that “motor vehicle crashes are complex events. Usually they involve two or more vehicles. Elements that influence the occurrence of a crash may take place hours, days, or months before the crash.” Driver experience, road conditions, and changes in weather are things that can influence whether an accident takes place and how serious the outcome is when one does happen.

The study added, “Fatigue, drinking alcohol, and speeding are major factors in motor vehicle crashes overall. Although their presence does not always result in a crash, these three factors, as well as other driver, vehicle, and environmental factors, can increase the risk that a crash will occur.”

The causes for large truck crashes that resulted in fatalities or injuries were divided into three categories for the study. The main specific reasons for large truck fatal and injury crashes are included here with each category.

How We Help Victims of Truck Accidents

If you or a loved one has been involved in a truck accident, contact the experienced truck accidents lawyers at Waters Kraus & Paul today. We understand the ins and outs of these difficult matters and we are prepared to provide swift and effective counsel for your case and help you get the results you deserve. Contact our experienced trucking accident lawyers now to see if you have a case.