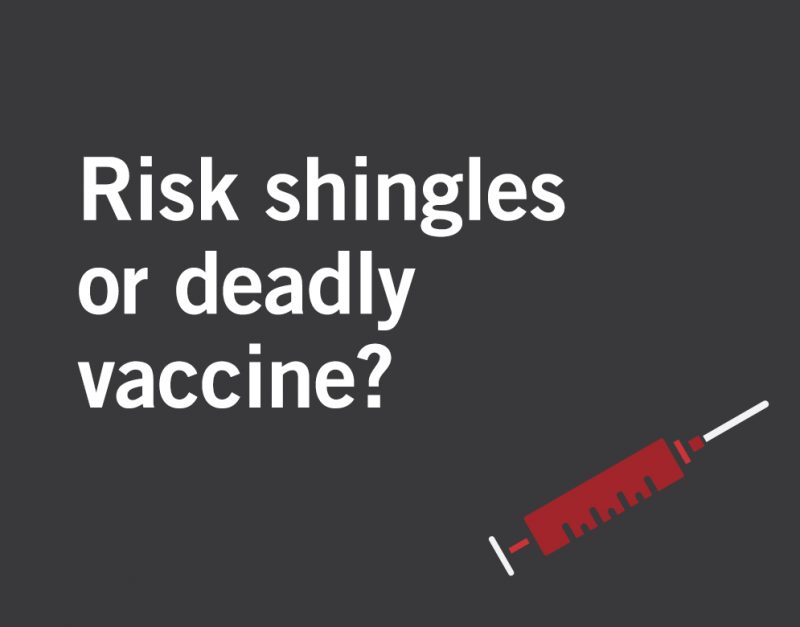 Merck is facing 57 federal lawsuits, alleging that 117 people suffered injuries after receiving the Zostavax vaccine. The individuals in these lawsuits claim that their injuries were caused by the live shingles virus in the vaccine. From the time Zostavax was introduced in 2006 to 2015, the Vaccine Adverse Events Reporting System (VAERS) received over 1,000 reports of serious side effects, including death. The plaintiffs in the lawsuit assert that Merck knew of the dangerous side effects but did not warn the public of the risks. Fortunately, people in need of the shingles vaccine now have access to an alternative, Shingrix.

After Zostavax Lawsuits, Does Shingrix Measure Up?

Given the Zostavax lawsuits, it’s fortunate an even more effective alternative exists. The Center for Disease Control (CDC) and the Advisory Committee on Immunization Practices (ACIP) determined that people should receive the Shingrix vaccine over Zostavax because the new vaccine is more cost effective, produces more positive results, and has a longer duration of protection against the shingles virus. Shingrix was 96% effective in adults ages 50 to 59, whereas Zostavax was only 70% effective. Even for adults over 70, Shingrix was 91% effective compared to Zostavax, which was only 38% effective. The CDC says that protection from Zostavax wanes after five years and has no preventative effects after seven years. However, Shingrix stays above 85% effective after four years.


Did you suffer after receiving the Zostavax vaccine?
Speak with our experienced lawyers.

Unprecedented Demand Due to Zostavax Lawsuits

Since it became available in 2017, Shingrix experienced unanticipated high levels of demand, leaving some doctors and pharmacies out of stock. The high demand for Shingrix is influenced by both its positive results and by the negative effects of the old vaccine, Zostavax.  Another factor that contributed to the level of demand is the difference in recommended ages between the two vaccines. Zostavax is recommended for those ages 60 and over, while Shingrix is recommended for those over the age of 50.

One of the main problems with Zostavax is that it uses a live virus to trigger the immune system to produce antibodies that will fight the virus. This creates a higher risk for developing an infection if the person receiving the vaccine has a weakened immune system. Because of the live virus, Zostavax is dangerous for people with a compromised immune system due to AIDS, cancer, or other health issues. Shingrix is preferred because it does not contain any live organisms and therefore, cannot cause a viral infection in the host, even if the immune system is weak. After receiving the Zostavax vaccine, some people contracted a strain of the shingles virus itself, as well as other side effects, including:

How to Handle a Shingrix Vaccine Shortage

Although manufacturers are trying to keep up with the demand for Shingrix, it takes six to nine months to produce the vaccine, making it difficult to have a constant supply on hand. Catherine Troisi, an associate professor of epidemiology, gave a few recommendations for those faced with a Shingrix shortage.

Although the vaccine is recommended to those over the age of 50, Troisi suggests even if you are in your 50s and have not received the vaccine, you should wait. Waiting to get the vaccine will allow more people who urgently need the vaccine to receive it and slow down some of the demand. Because the risk of contracting shingles increases as you age, if you receive the vaccine early, its protection may end before its needed. Postponing the vaccination benefits you personally by essentially extending the duration of protection that the vaccine provides. If the vaccine is not currently in stock, you can be put on the waiting list at your doctor or pharmacy and call periodically to check your status on the list. Troisi also suggests searching for the vaccine online to find a place near you that has the vaccine available. Shingrix comes in two doses, the second which you should get two to six months after the first. Although doctors recommend getting the second dose as soon as possible, it is not detrimental if you miss the suggested window, according to the CDC.

Before discontinuing your medications or beginning any new medication regimen, including vaccines, it is important that you speak with your physician first. Doing so will aid you in identifying the best treatment options for your specific needs.

Seek justice with the help of our experienced attorneys. Our Dallas, Texas prescription drug law firm has battled corporate giants on behalf of individuals like you for 20 years, aggressively fighting to hold companies responsible for dangerous products. If you or a loved one suffered catastrophic injury or death caused by Zostavax, we can help.