Effects of asbestos can take decades to appear

Mesothelioma or asbestos litigation is a type of toxic tort lawsuit. These lawsuits are typically brought against manufacturers, distributors, and suppliers of asbestos, a known carcinogen used at one time in many products. Mesothelioma cases usually involve people facing terminal illness and great hardship. Even so, these cases can be difficult to prove. Often, a long period of time elapses between exposure to asbestos and the diagnosis of mesothelioma or asbestos-related disease. Typically, several decades may pass before the symptoms of mesothelioma appear. Other asbestos-related diseases include lung cancer and asbestosis.

Waters Kraus & Paul holds asbestos manufacturers, distributors, and others accountable for their part in causing mesothelioma. Our asbestos lawyers have successfully prosecuted cases for clients who were exposed throughout the United States, Canada, and even the Middle East including Iran, where many American citizens worked in refineries.

Asbestos facts - What is Asbestos?

Asbestos is a fibrous mineral known for its insulating and fire-retardant properties. For these reasons, asbestos was once a staple in most insulating products, many industrial and construction products, and was used extensively in the U.S. military and especially on U.S. Navy ships. In addition to widespread use across the United States, asbestos was also used around the world. It was commonly applied in the oil and gas fields of Iran and other areas in the Middle East region.

The problem with asbestos is that its fibers produce fine dust that, when inhaled, form deposits in the lungs that can cause serious and deadly illnesses. Both firsthand and second-hand exposure to asbestos can put an individual at risk.

Today, more than 3,000 everyday products may contain some amount of asbestos, but the widespread use of asbestos in the United States ended in the 1970s, thanks to government enactment of strict regulations for workplace exposure. Several federal and state agencies have the authority to regulate asbestos. These agencies include the U.S. Department of Labor’s Occupational Safety and Health Administration (OSHA) and the U.S. Environmental Protection Agency (EPA).

Asbestos-related illnesses such as mesothelioma generally have a long latency period of up to 30 to 40 years, which means that people exposed to asbestos decades ago may only now be showing symptoms of the disease.

Malignant mesothelioma is an extremely aggressive cancer in which malignant cancer cells are found in the sac that lines the chest, abdominal cavity, or heart. Asbestos exposure is the only known cause of this devastating illness.

The average age of mesothelioma patients is between 50 and 70 years. Men are typically affected more often, due to the common presence of asbestos in industrial settings. But women are not excluded. Household exposure to asbestos is a leading cause of mesothelioma in women. The three types of malignant mesothelioma are:

Other asbestos cancers and illnesses

In addition to malignant mesothelioma, the most common asbestos-related conditions among workers or family members exposed to this devastating carcinogen are lung cancer and asbestosis.

Asbestos exposure is known to cause lung cancer in and of itself. The combination of asbestos exposure and cigarette smoking is especially deadly. Scientific studies published by the U.S. Surgeon General indicate that people who smoke and were exposed to asbestos on the job are 90 times as likely to develop lung cancer as people who smoke but were never exposed to asbestos.

Asbestosis is a lung disease caused by inhaling asbestos dust. The disease produces inflammation and scarring (fibrosis) of the lung. The scarring can severely compromise a person’s health. In some cases, it can be fatal. In addition to having the potential to be a serious disease in and of itself, asbestosis also can be an early symptom of asbestos-related cancer, such as mesothelioma.

Toxic tort litigation encompasses mesothelioma and other asbestos-related cases. This type of lawsuit is generally brought against the manufacturers, distributors, or suppliers of a chemical or substance that causes injury or illness.

Toxic tort cases are often filed on behalf of people confronting devastating illness and overwhelming adversity as a result of exposure to a dangerous substance. Frequently, a long period of time elapses between exposure to the toxin and diagnosis of a related illness. Despite the severe damages, long latency periods can make these cases difficult to prove.

However, many victims of asbestos disease and their families are entitled to receive compensation for their injuries because manufacturers of asbestos-containing products often knew about the dangers, but failed to inform the workers.

How Waters Kraus & Paul can help victims of asbestos exposure

Using our extensive resources, our asbestos lawyers have helped victims of asbestos exposure that occurred here in the U.S. and abroad. With a national presence and a wealth of experience prosecuting mesothelioma cases, Waters Kraus & Paul provides aggressive representation throughout the entire course of litigation. To learn more about legal representation at Waters Kraus & Paul, or to have one of our attorneys review your potential mesothelioma or other asbestos-related illness case, email us or call 800.226.9880.

How Long Have Manufacturers Known The Risks of Asbestos?

Many mesothelioma victims are entitled to asbestos exposure compensation. Asbestos manufacturers often knew of the dangers. In fact, asbestos was first linked to cancer as early as the 1930s.

Evidence shows that these companies did not advise workers of the potential hazards, nor did they make any effort to put warning labels on the products to inform workers of the dangers of asbestos. As a result, thousands of workers have developed mesothelioma over the past century. Many have died, and many others face staggering medical bills as their health deteriorates.

December 20, 2022 Healthcare giant Johnson & Johnson has used a controversial legal maneuver known as the Texas two-step to shield the company from 40,000 lawsuits from cancer patients who link their condition to talc in J&J’s baby powder. In October 2021, New…

November 10, 2022 We are thrilled to see others recognize the leadership of Waters Kraus & Paul’s Founding Partner, Peter Kraus. He is this year’s recipient of the Larry Schoenbrun Jurisprudence Award awarded annually by the Anti-Defamation League Texoma. The award is presented… 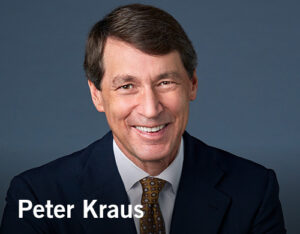 See other Attorneys in our Mesothelioma Litigation Practice