Today’s higher standards owe their origins to the Lincoln Law.

The Federal False Claims Act (FCA) was enacted in part because of bad mules. During the Civil War, unscrupulous defense contractors sold the Union Army decrepit horses, mules in ill health, faulty rifles and ammunition, and rancid rations. These frauds prompted President Abraham Lincoln to urge Congress to pass, in 1863, the original False Claims Act, commonly known as the Informer’s Law or the Lincoln Law.

In a nutshell, the False Claims Act made it illegal for a party to present false statements in writing (claims) to the United States government in order to obtain money or reimbursement to which the claimant was not entitled — for example, payments for sickly mules. Today, while the False Claims Act is no longer used against traitorous Union suppliers, it is still an important weapon against government fraud, including government contractor and procurement fraud.

What can prompt government contractor and procurement fraud claims?

Claims against government contractors may be brought for many different types of false or fraudulent claims: 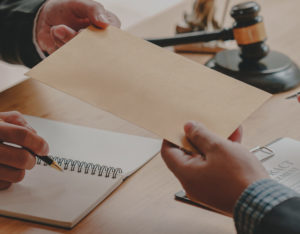